It doesn’t take a genius to see that one-day Kai Havertz will leave Bayer Leverkusen and turn out for one of the ‘big clubs’- be that Bayern Munich, Barcelona, Real Madrid, Liverpool (the list goes on). The potential suitors will no doubt be circling the Bay Arena this summer, but should the midfield maestro stay put for another season with the Werkself?

Havertz has made no secret of his desire to take his game to the next level and can foresee moving abroad, he has also stressed he is in no hurry to leave either. The 20-year-old is contracted to Leverkusen until 2022 so the club are under no immediate pressure to sell their prized asset.

They are also confident that the Corona virus crisis won’t have an adverse effect on their player’s market value, which the club put at ‘at least 100 million

“Kai is a top player,” Leverkusen’s CEO Fernando Carro has told Sky Sports Germany. “Top players remain valuable because there are not many of them. I assume that the market value losses will not be reflected in the transfer fees for top players.

“We are still happy to have him and of course would like to keep him with us for as long as possible,” Carro added. “You have to do this but also respect the player’s desire.” 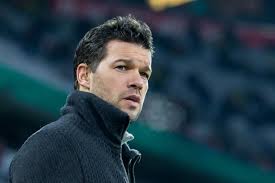 Leverkusen have also received a boost in their quest to retain Havertz with former player Michael Ballack recently coming out to advise the youngster to stay with the Rheinland club for another season.

“Players with his quality are in demand everywhere. But I think he’s in good hands in Leverkusen” Ballack explained to Sport Bild.  “The conditions there are perfect for young top players and their development.

“Bayer play attractive football and their training facilities are very good. Leverkusen also offer a cautious environment, and as a player you can make mistakes without being the focus of criticism. You should appreciate that.”

Leverkusen’s end-of-season finishing position may play a pivotal role in the decision Havertz takes. Qualification for the Champions League would provide the stage on the top European stage that the players desires. Peter Bosz’s side are currently fifth two points adrift of Borussia Mönchengladbach, who occupy the fourth Champions League qualifying berth.

Leverkusen and the Right Recruitment

Getting player recruitment right is one of the keys to football nowadays and Bayer Leverkusen are looking to keep their recent excellent transfer record going this summer as they search for a new right back. […]