The Rückrunde began so well for Schalke with a win over Borussia Mönchengladbach, but since then the Königsblauen have seen their season begin to fall apart with a winless run of nine games. Just what has gone so wrong for the Gelsenkirchen side?

The side that finished the Hinrunde in fifth place, level on points with Borussia Dortmund and just three behind Bayern Munich, have endured a torrid time since January and are bottom of the table based on the Rückrunde alone. Since their win over Gladbach, they have lost five, drawn four, conceded 22 goals and scored a paltry four themselves.

It is hard to pinpoint one reason for this horrible collapse, but rather there are a whole raft of reasons throughout the side that have contributed to their slump in form.

David Wagner alternated mainly between a 4-2-3-1 formation and a 4-4-2 diamond formation in the Hinrunde.  These systems proved effective with Schalke pressing teams early in the game and taking the lead. Of the eight games they won in the first half of the season, six of them had Schalke taking the lead.

The other Bundesliga coaches seem to have done their homework over the winter break and have found it easier to negate the 4-4-2 diamond that Wagner has opted for in the opening six matches of the Rückrunde. Schalke have taken the lead just three times in ten matches- managing to win just one.

Alexander Nübel’s announcement in January that he was joining fierce rivals Bayern at the end of the season was news that no Schalke fan wanted to hear. The club reacted by stripping him of the captaincy and then replacing him in goal with Markus Schubert.

The 21-year-old hasn’t however looked confident generally and has been prone to some stupid errors leading to goals (against Bayern and Dortmund). Despite being booed by his own fans, Nübel has featured, but he has also been guilty of schoolboy errors (against Leipzig and his red card versus Frankfurt). There have been calls from some sections that third-choice Ralf Fährmann be reinstated between the sticks. If the goalkeeper is the foundation of a good side, then Schalke are currently built on very flimsy foundations. 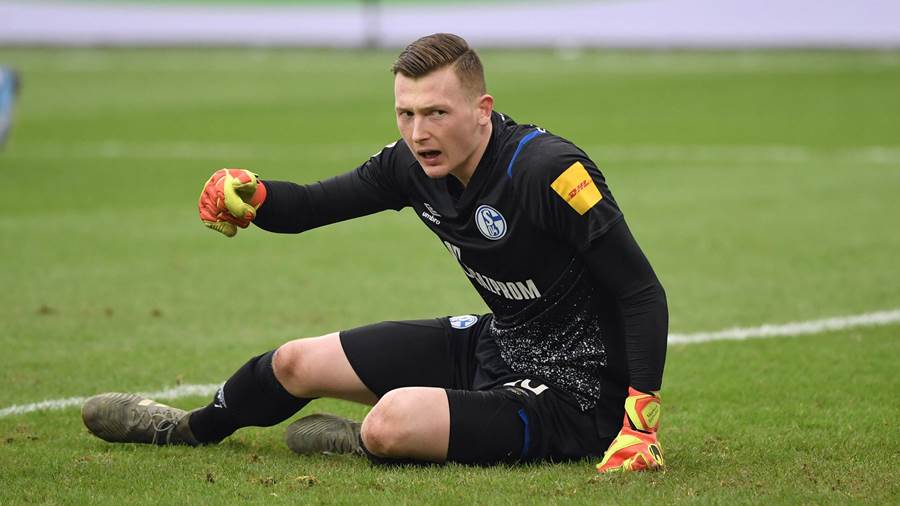 David Wagner clearly has issues in front of his keeper as well. Granted he has had an appalling injury list to deal with most of his first-choice defensive line absent for a prolonged period.

Ozan Kabak’s pelvis injury suffered in March against Köln has kept him out, while Benjamin Stambouli has been out since October with a foot injury after breaking a tarsal bone in his right foot in the 0-0 derby draw against Borussia Dortmund.

Salif Sané underwent a successful operation for ligament damage in his left knee following Schalke’s 3-2 away win at Augsburg at the start of November. Nemanja Nastasic also missed 7 games with an infection, Achilles tendon and knee problems.

The midfield issue can be summarised in three points. Firstly, Weston McKennie is having to be in too many places at one time- putting out the many fires in the Schalke side. Secondly Suat Serdar hasn’t found his most effective position, while the form of Amine Harit has been patchy at best. He began the season with four goals and three assists and his Kicker rating in the opening seven games of the Hinrunde was 2.6. In the first seven games of the Rückrunde it is 4.9 (on a 1-6 scale, 1 being the best). 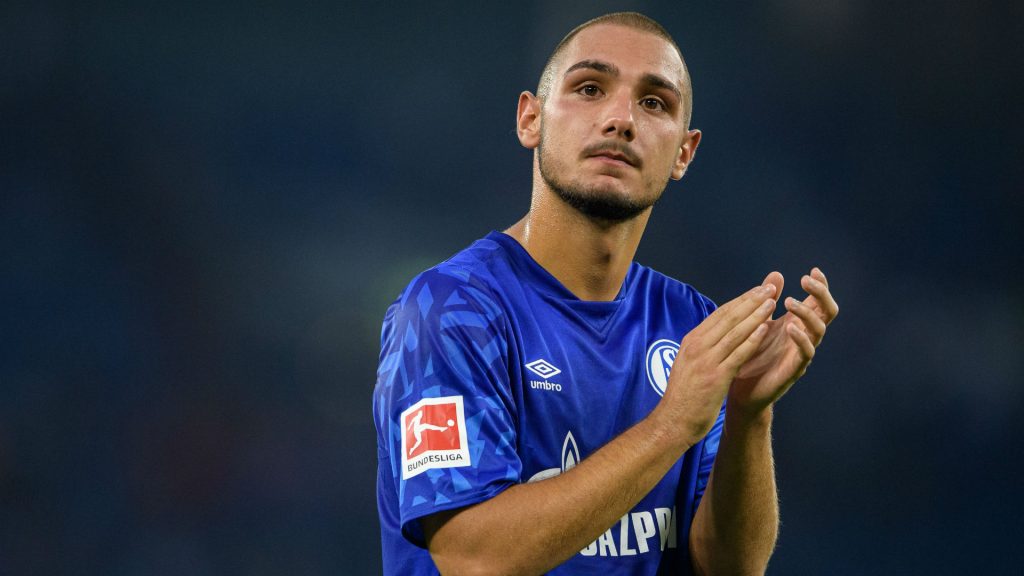 Put simply, Schalke just don’t score enough goals. They have a measly four so far in the Rückrunde, which is their worst scoring record for this stage of the season since 1966!

Of the strikers Ahmed Kutucu is the top scorer with three, but he is not given a chance to start by Wagner. There is a growing band of ‘Free Kutucu’ supporters appearing on Twitter. Guido Burgstaller has failed to find the target in his 19 appearances, while Michael Gregoritsch has just one in his eight games. Suat Serdar is the club’s leading marksman with seven and Harit has six.

This has been a long-term issue for Schalke, but in their current slump, it is being made all the more obvious. Not since the days of Raul and Klaas-Jan Huntelaar have the Königsblauen had a 20+ goals striker in their ranks.

They have a -8.4 Xg goal differential and are ranked third bottom in the Bundesliga for total shots (313). Only 32.6% of their shots are on target. Against Augsburg on Sunday it was just two out of twelve.

It is difficult to tell whether Schalke’s performances in the first half of the season were an over-performance, that hid many ills at the club, or whether this slump in the second half of the campaign is just a glitch in the David Wagner system. Only time will tell.

The Bundesliga Winners & Losers of Matchday 27

Matchday 27 of the newly restarted Bundesliga may have lacked fans (aside from the cardboard ones), but it did not lack for excitement and talking points. The race for the title continues in earnest, the […]

Is Ozan Kabak Next Out in Schalke’s Fire Sale?

It is no secret that Schalke are going to be forced to listen to offers for their star players with the current financial situation at the club anything but healthy. With a self-imposed salary cap […]

The Winners and Losers of Bundesliga Matchday 34

The final weekend of the Bundesliga season certainly wasn’t lacking in excitement with Champions League places up for grabs and two sides battling to stay in the league. So, who were the winners and losers […]