“I would advise him to leave the club. Because I think he needs a new challenge. He seems out of place! And as a friend, I would advise him to find himself a new club.” These were the words spoken by then-Bayern boss Uli Hoeness of Jerome Boateng as the Bavarians celebrated their 2018-19 Bundesliga title at the city’s Marienplatz in May 2019.

Fast-forward just over 12 months and Boateng is still at the club and celebrating another Bundesliga triumph, albeit not at Munich’s traditional spot in the city centre surrounded by thousands of fans. He has rediscovered his mojo/ role as one of the cornerstones of the Bayern back line and Uli Hoeness has a rather large slice of humble pie to consume.

Wasn’t it Mark Twain who famously said: ‘The reports of my death are greatly exaggerated?’ Well, in the case of the demise of Jerome Boateng, those reports were indeed exaggerated.

The rumours at the time did however seem justified. Having been unceremoniously ‘retired’ by national team boss Jogi Löw (along with Thomas Müller and Mats Hummels), the central defender struggled throughout the season with injuries and was unable to break into Niko Kovac’s preferred central defensive pairing of Niklas Süle with Mats Hummels. He was also heavily criticized by the media and the club for his off-field interests in both fashion and the media. 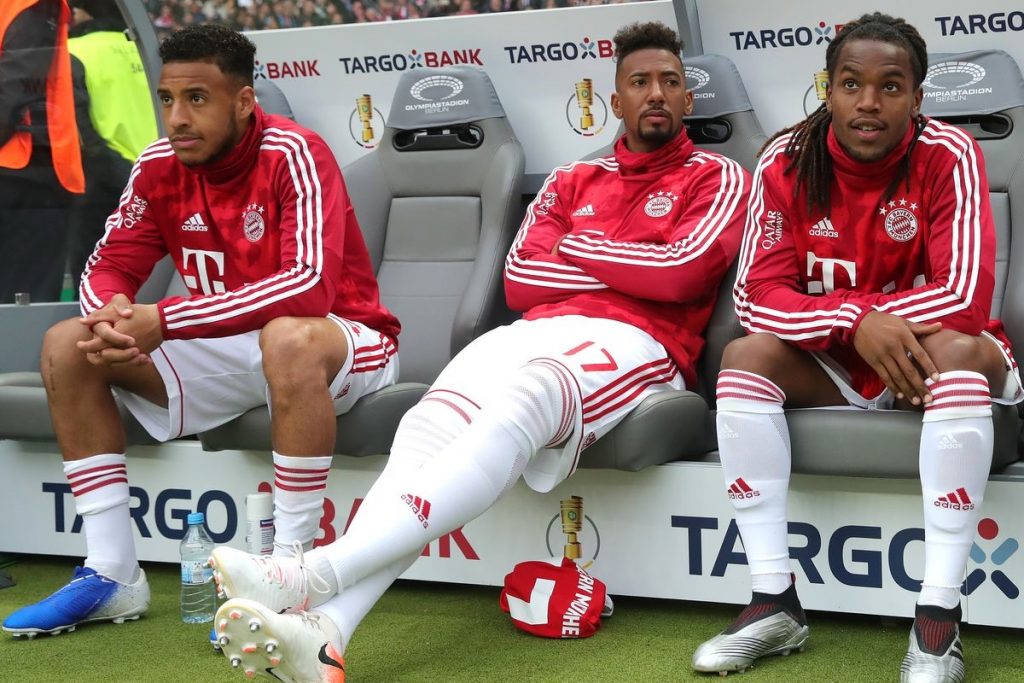 During Bayern’s on-field celebrations at both the Allianz Arena and the Olympiastadion, Boateng stood aloof and it looked like he had left the club in spirit, if not body. Potential suitors PSG, Manchester United and Juventus didn’t make serious moves and so it was that the World Cup winner from 2014 started the season under Kovac with the same uncertain future.

Hummels may have been sold back to Dortmund, but Bayern had invested in two younger World Cup winners in the shape of Frenchmen Benjamin Pavard and Lucas Hernandez. Indeed, Boateng played no part in Bayern’s opening three Bundesliga fixtures, but soon became a valuable cog once again with long-term injuries to Süle and Hernandez, and with his ex-national team assistant coach Hansi Flick taking over from Niko Kovac in November.

Back in the starting XI on a regular basis partnering the blossoming David Alaba in his new central role, Boateng’s performance levels rose week on week meaning that even when Lucas Hernandez did recover from injury, it was impossible for Hansi Flick to split up the Boateng/ Alaba axis.

Speaking to Sportbild, Boateng stressed that he was always confident in his own ability saying, “I have always fought my way through in recent years, even if the backing from the previous coach or other people was not there.

“I need the trust of the coach and his coaching team. I have it again. Even before the time with Hansi Flick, I trained well and hard, but was not allowed to play and so never had the chance to get into my rhythm.”

As it stands, the 31-year-old is a first choice and winner of his eighth Bundesliga title, but his current contract expires in 2021. The current economic climate might preclude a move- something that trainer Hansi Flick is not looking to encourage.

“David [Alaba] and Jerome are doing very well. He’s [Boateng] in brilliant condition. That’s the basis for why we’re set up so well defensively. It’s obvious that you want such experienced players in your own ranks,” he told Sport 1 this week.

“I can’t say what Jerome has in mind. He’s at a certain age. Perhaps he might want another new chance with a transfer. He has a year on his contract left. If he stays, I won’t be sad.”

Twelve months ago, Uli Hoeness was basically ready to pay for the taxi to ship Boateng out of the club. Now Hansi Flick has his fingers crossed that the veteran defender sees out his current deal until the end of next season.

What a difference a year makes.

None of this is normal. Empty stadiums, artificial crowd noise, muted socially distant celebrations are all apart of the new reality. But with each league slowly trickling back things start to feel a little more […]