The final matchday of the season will see Bayern presented with the Meisterschale, while team joining Paderborn in next season’s 2. Bundesliga will be revealed. This weekend will also see several players leaving their clubs and in many cases the Bundesliga for good as they either retire or don’t have their contracts renewed.

Here we bring you those bidding farewell on Saturday.

We have to start with the Bundesliga legend that is Claudio Pizarro. Yes, we know he’s ‘retired’ before, but surely at 41 years of age this is the end. Having made his league debut in 1999, the Peruvian has scored a goal in 18 Bundesliga seasons since. It would be an absolute fantasy if Pizarrinha could somehow manage just one more vital goal to save his beloved Werder from relegation.  As it stands, he has scored 197 Bundesliga goals in 489 appearances.

Another player hanging up his boots in Eintracht Frankfurt’s 33-year-old Gelson Fernandes (a mere spring chicken by Pizarro standards). The Swiss midfielder announced earlier in the season his intention to stop saying, “I always wanted to decide the timing and circumstances myself instead of retiring because there would be no other way.

“I’ve thought about this for a long time, and I have to be honest with myself, my teammates and the club. I have always been honest in regard to football. I’m happy to be able to do this. It’s the right time.”

Fernandes joined Frankfurt from Stade Rennais in 2017. He has made 79 appearances for ‘Die Adler’, scoring once. Frankfurt are also bidding farewell to Marco Russ. The 34-year-old retires after joining the Eintracht youth system in 1996 and playing over 300 games for the club. He will be in the squad on Saturday for the final time ‘out of respect’ says trainer Adi Hütter. His last appearance was back in August 2019 when he ruptured his Achilles in a Europa League qualifier. 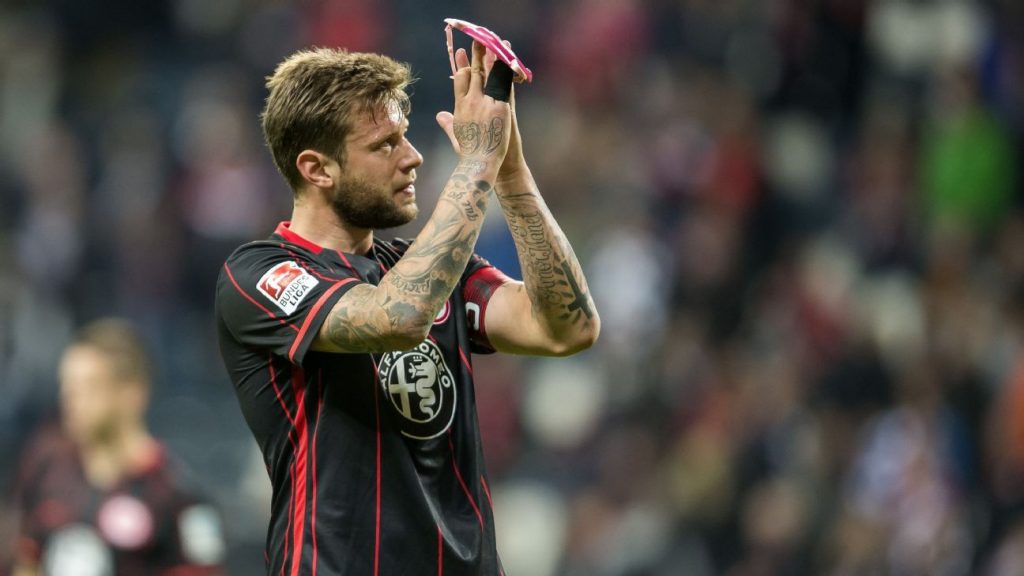 Mario Götze is leaving Borussia Dortmund for the second time, although where he will be playing next season is unknown. A move abroad seems most likely at this stage, so for now at least the World Cup hero from 2014 looks set to be leaving the Bundesliga. His talent is beyond doubt, the 28-year-old just needs to find the right place to call home and get back to his best form.

Timo Werner is going to be the latest Bundesliga start to try his luck in the Premier League after Chelsea paid RB Leipzig his €50 million release clause. Having signed from VfB Stuttgart for ‘just’ €14 million the German international has seen his valuation quadruple in his time in Saxony. Only Robert Lewandowski has scored more Bundesliga goals than the 26 bagged by Werner this season. The fact that such a ‘worldie’ as Philippe Coutinho has graced the Bundesliga testament to the league, but Bayern are not prepared to splash the required 120 million on the Brazilian and his short stay in the German top division is short-lived.

Borussia Mönchengladbach are bidding farewell to their ‘maestro’ Raffael. After seven years at the club the Brazilian has not had his contract renewed. The former Hertha attacker is a real fans’ favourite at the Borussia Park, and he hopes to remain in German and play ‘somewhere’ for another few years.

There are a host of departures at Hertha Berlin with goalkeeper Thomas Kraft retiring aged 31 and Per Skjelbred moving on. Routinier is the oft used German term for an experienced player and that sums up the Norwegian midfielder perfectly. After seven seasons with the Alte Dame following two with Hamburg and over 200 appearances in Germany, the 33-year-old is returning home to play for Rosenborg. Salomon Kalou is also leaving the capital club with his contract not being extended.

Jude Bellingham is the Bundesliga’s MVP

Transfermarkt.de have released an update to their market values for the Bundesliga with Jude Bellingham moving clear at the top as the most valuable player in the German topflight. Jamal Musiala and Josko Gvardiol see […]