Back in the days when the Iron Curtain was an impenetrable barrier between East and West, little was known about the footballing talent in Russia other than when it was on display at major tournaments. The 1986 World Cup in particular unleashed a massively talented squad, that some believed had an outside chance of glory.

That squad in the end was eliminated in the round of 16 after a classic against Belgium, but highly skilled players like Oleg Protasov, Oleg Blokhin, Aleksandr Zavarov and Igor Belanov grabbed people’s attention and showed the depth of talent that Dynamo Kiev had at their disposal. Two years later the USSR were beaten finalists at the European Championships in Germany.

With the gradual decline of the Soviet Union and the onset of President Mikhail Gorbachev’s dual policies of Glasnost and Perestroika in the late 1980’s, players were piecemeal allowed to move to the West. The first player to do was Torpedo Moscow midfielder Sergey Shavlo, who moved to Austrian side Rapid Vienna in 1987.

It wouldn’t be long before Bundesliga clubs started to put their feelers through the many holes that were appearing in the Iron Curtain and look to bring in some of the talented Russians. By 1989 Berlin was at the centre of huge historical developments with the Berlin Wall crumbling and the separation of East and West Germany nearing an end.

Of the four players to arrive from the Soviet Union in the summer/ autumn of 1989, the biggest name was that of striker Igor Belanov– winner of the European Footballer of the Year award in 1986. Borussia Mönchengladbach believed they had pulled off quite the coup by signing him from Dynamo Kiev, but his time in Germany was an unmitigated flop.

He struggled with life in the West without the guiding hand of legendary coach Valeriy Lobanovskyi and just couldn’t replicate his form or goals- he managed just four in 24 appearances over a season-and-a-half. An infamous incident where his wife was arrested for shoplifting didn’t help his cause and he was sold to Eintracht Braunschweig in January 1991. When Braunschweig were relegated in 1993 the former European Footballer of the Year found himself plying his trade in the German second tier. How the mighty had fallen. He returned to Ukraine in 1995, tried his luck in coaching, and is now involved with the Ukrainian Football Association.

The first Russian player to arrive in Germany was actually Alexander Borodyuk, who signed for Schalke from Dinamo Moscow. The Königsblauen were playing in the 2. Bundesliga at the time but were promoted to the Bundesliga at the end of the 1990-91 season.

The attacking midfielder made 124 appearances for the Ruhrpott side scoring 41 goals. He moved to Freiburg in 1994 for a season before a brief spell with Hannover. The highlight of his time in the Bundesliga has to be the final day of the 1992-93 season when his two goals against Bayern Munich in the 3-3 draw at the Parkstadion denied Bayern the league title and handed the Meisterschale to Werder Bremen. 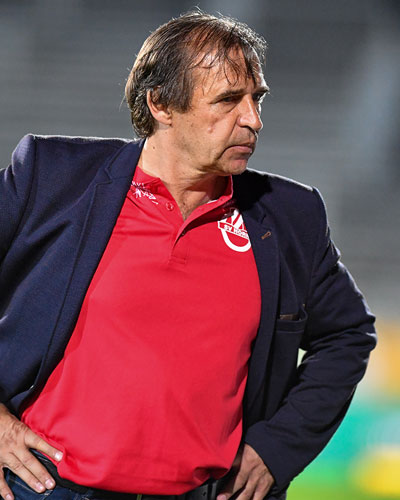 Striker Yevhen Shakhov arrived at 1.FC Kaiserslautern in December 1989 but failed to have the desired impact. He made just five appearance, failed to score, and was sent back to Dnipro Dnipropetrovsk at the end of the season. He is now assistant trainer there.

Having won Olympic gold with Russia in 1988, defender Sergei Gorlukovich signed for Borussia Dortmund in 1989 joining from Lokomotiv Moscow. He made 44 appearances for the Schwarzgelben before moving to Bayer Uerdingen in 1992. On his return to Russia he won the Russian Premier League four years on the trot with Alania Vladikavkaz and Spartak Moscow.

There have been many Russians since then to have graced the Bundesliga, but the 1989 trailblazers were the first to step over from East to West and try their luck in the Bundesliga and were history makers in their own small way in a time when history was very much being made on German soil.

The penultimate round of Champions League group stage fixtures are upon us with Borussia Dortmund hosting Manchester City and RB Leipzig entertaining holders Real Madrid on Tuesday. Here’s a summary of what the main protagonists […]

Brenden Aaronson: The Next American Teenage Sensation in Germany?

During the television broadcast of a “MLS is Back” group-stage match between the Philadelphia Union and Orlando City SC, commentator Taylor Twellman revealed that multiple Bundesliga scouts were following the development of Philadelphia Union 19-year-old […]

Matchday 9 from the 2. Bundesliga provided the usual thrills and spills both for those at the top and those struggling at the bottom. Hamburg took over at the top of table from Paderborn, who […]