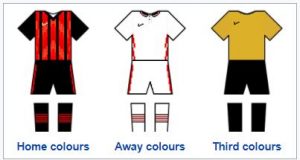 Europa League Results: Round of 16 Defeat to Basel 0:4

There are a lot of ways to describe tEintracht Frankfurtś 120th season: inconsistent, disappointing, persistent, resilient, and expected. Die Adler were simultaneously disappointing and exactly what we expected. An up -and-down season was highlighted by a 5-1 win over Bayern in first round of the season, a run to the DFB Pokal semifinals, and marching into the Europa League Round-of-16. The season also saw the Eagles go on long winless stretches, something that has plagued Eintracht for the better part of a decade. The seven-game winless (0-1-6) stretch, spanning from matchdays 11 to 17 saw them plummet in the league standings, all while curiously also making a run to get out of the group stage in Europa League. Five straight losses in down the backstretch (matchdays 22-27) annihilated their hopes of returning to European play for the third-straight season. 2019-20 was long and brutal for Eintracht, as the season began with Europa League qualifying in late July, and ended much later than originally intended.

It was also a year with a great amount of turnover in squad. Needing to replace the production of Haller, Jovic, and Rebic (doing so on the fly as they were progressing through the season) was an almost impossible task. Inconsistent play from newcomers for long stretches of the season often ground the attack to a halt; scoring chances became scarce and goals became rare. Eintracht became an interesting mix of inexperience, over-experience, and flat play. After the lockout ended, Eintracht seemed to find footing and be the team that was expected of them all season. While the season ended on low points (a 2-1 loss to Bayern in the DFB Pokal and a knockout of Europa League at the hands of F.C. Basel), their play in the Bundesliga left hope for the coming year.

And for as long as he wears an Eintracht uniform, he will remain the #1.

Eintracht was 11-3-8 in the games Trapp started and 2-3-4 in with Frederik Rønnow between the posts. While Rønnow played admirably and actually bested Trapp in save percentage (.644 to .745) and goals allowed per 90 minutes (1.76 to 1.55), all while posting better passing stats than Trapp, it is still Trapp’s job to lose. Trapp is a firey and emotional leader that the team depends on. The team’s seven-game winless streak in the Hinrunde aligned with Trapp’s absence due to shoulder injury. Trapp’s recent call-up to the national team was well warranted. Rønnow is a capable keeper and has the ability to be a #1. Whether he has the ability to be a #1 on a week-in-week-out basis is still up for debate, and whether he can lead a team such as Eintracht past the mid-table position and into Europe is doubtful. While the talent is there, his leadership abilities need improvement.

Makoto Hasebe, at the age of 36, is still the Eagles most-dependable player on the back line. While others might be more dynamic defenders (Hinti), Hasebe is still a rock in central defense. Undersized (5’11” – 159 lbs), a couple of steps slow, and aging, Hasebe is still always in the right position to make a play and is a phenomenal passer. 2020-21 must be about him passing the torch and finding a successor. Hasebe led Eintracht in successful-pressure percentage (42.9%) and was third in blocks. He also led the team in passing percentage (88.8%).

David Abraham is also aging (34), but still brings the energy and passion needed at the position. Abraham never backs down from a challenge and still has a enough in the tank to consistently compete with the best attackers in the Bundesliga.

The most dynamic player, Martin Hinteregger, not only lead the team in tackles won, interceptions, and passes attempted in live play, he was second in blocks, minutes played, and Bundesliga GOALS. That’s right, Martin Hinteregger’s eight goals paced him for second on the team across league play, and his nine for the year was tied for third across all competitions. Hinteregger is a bull in a china shop. He’s constantly running full speed somewhere in order to destroy something. He’s either trying to chase down an attacker to destroy any chances at a goal or taking the ball down field by himself trying to blast the ball into the net. A fan favorite and lovable player, Hinteregger carried Eintracht for much of the season. He needs help up front and to settle back into a defending role to reduce the chances of counterattacks.

This year will be a tricky one for the other players in the rotation. With no Europa League, playing opportunities could be limited for the likes of Evan N’Dicka, Simon Falette, and the young Brazilian Tuta (Lucas Silva Melo). The biggest problem with the rotation is that Adi Hutter prefers right-footed players at two of the three positions on the back line, and Martin Hinteregger holds down the third spot. N’Dicka is very talented, and Simon Falette has shown the ability to be a good Bundesliga player, but both are left-footed. Tuta has the potential to take the right spot from Abraham or Hasebe when they eventually relinquish their roles. Almamy Toure is also an option for the back line and plays his best minutes there. The back line allows Toure’s athleticism, defending, and deep passing abilities to really be on display. While Hutter must be able to develop these young players for the years to come, he will have to balance playing time with his aging veterans too.

Filip Kostic is one of the most-dynamic wing players in Europe, point-blank. The hard-charging, ¨Energizer Bunny¨ of Eintracht Frankfurt led the team in minutes played (4,116) for the second-straight season and was a force to be reckoned with on the left side every single game. Whether it was playing high in a 4-1-4-1 or manning the entire sideline alone, Kostic wins balls (led the team in tackles and was second in interceptions and blocks). He won balls in all three thirds of the field. He turns those opportunities into fast breaks, and there isn’t a better crosser in the Bundesliga. Kostic is most dangerous at full speed on the wing, and his nine goals and 16 assists across all competitions rank him among the best players in Europe at his position.

Where Eintracht lacked this year was on the opposite side from Kostic. Danny Da Costa simply disappeared for a large chunk of the season. Posting less than half the minutes he did the year before, Da Costa unexpectedly lost his starting job over a ten-week span in early 2020. As Hutter toyed with different formations, Da Costa seemed left out in the cold. While Almamy Toure performed solidly, he’s not the playmaker or crosser that Da Costa is.

Timothy Chandler came on strong in the second half of the season. After keeping a spot next to Hutter warm for the first 14 weeks of the season, Chandler went on a tear from weeks 18 to 21, posting four goals over a five-game span. Chandler is dependable and can play the wing in both a starter and a substitute roll.

Erik Durm and Jetro Willems probably don’t factor into this years squad, except sparingly to freshen up the rotation.

The most-enigmatic position in Frankfurt, the midfield is vital for Eintracht’s success. Hutter’s midfield is demanding, needing players that are a mixture of defender, creator, deep passer, and marathon runner.

Sebastian Rode has been a rock since his arrival from Dortmund last year. Rode is a leader and a stable presence that shows up and meets the challenge each and every week. Other than Rode, however, the midfield has been a bag of inconsistency and mixed results.

Dominik Kohr, Djibril Sow, and Stefan Ilsanker all played well at times, but also played horribly for stretches. Sow came touted as a high-energy player that would fit in well, but left much to be imagined in terms of play. Ilsanker split time between defensive midfield and central defender, was plagued by missed assignments, and just flat out getting beat. While Ilsanker led the team in aerial duels won and aerial balls won per game, his defending was a sore spot for much of his time on the field. Aymen Barkok returns from his loan at Fortuna Dusseldorf and should factor into the rotation. Barkok is a tall (6’2″) rangy player who has shown flashes in the preseason friendlies of being capable to both hold down the defensive duties of the midfield and get the ball up the field quickly to the attackers. Newly acquired Steven Zuber should fill in the rotation in multiple positions and help fill the void left by the transfer of Mijat Gacinovic’s departure to Hoffenheim. For Eintracht to make the jump into the top six, this position has to be better.

Andre Silva got off to a slow start, scoring only three goals over the first 20 weeks of play. However, once he found his footing, he became one of the most-reliable strikers in the Bundesliga. Posting 13 goals over the last 20 weeks, he was at his best after the lockdowns. His seven post-lockdown goals were the most in the Bundesliga, outpacing Robert Lewandowski, Timo Werner, and Jadon Sancho. Silva isn’t the swiftest, but is always in the right place in front of the net and is a reliable finisher.

Part of the reason for Silva’s emergence was the connection he formed with both Filip Kostic and Daichi Kamada. Kamada seemed to have split-personalities. There was Europa League Kamada and Bundesliga Kamada. Europa League Kamada was a brilliant creator and goal scorer, posting six goals and two assists in eight starts as Eintracht advanced to the round-of-16. Bundesliga Kamada couldn’t find teammates or the back of the net. The Ruckrunde was much kinder to Daichi, and even though he still could not find the back of the net, he began to find Silva and Dost in dangerous positions. Kamada has to be better at both in the 2020-21 year for Eintracht to have a chance. He has potential to be a very good attacking midfielder and the driving force of a central attack, but he has to place the ball better.

Bas Dost was easily the biggest disappointment of the 2019-20 season. The aging Dost spent most of the year battling leg injuries and could never get on track. Dost couldn’t find open spots in front of the net, he no longer is a player that can win the ball in the air, and he failed to find his teammates or the back of the net with his feet. Eintracht earnestly needs Bas Dost to be Bas Dost: a dynamic goal scorer and solid playmaker in front of the net. But last year made it look like those years are behind him.

Ragnar Ache is a speedster who could develop into a front-line starter/striker, but the jump to the Bundesliga may be a slow one for him in a crowded house up top.

Eintracht did little to improve their squad in the offseason. Not splitting focus with a European schedule should help them in league play. It will help keep aging defenders Hasebe and Abraham rested, and take some wear and tear off of heavy minute loggers Hinteregger and Kostic, as well. Eintracht’s chance to climb the mid-table ladder come from within. Hasebe, Silva, Sow, and Dost must progress in order for Eintracht to succeed.

While Eintracht did little to improve their squad, they do have enough to repeat a good run in the Pokal. Eintracht makes it to the semifinals once again. I don’t see this squad improving their overall position by much, even though the early part of the schedule definitely favors them. Look for Eintracht to finish mid-table once again and just miss out on European play for the second season.
About Brian Gilchriest 5 Articles
Brian is a part-time blogger, and full-time lover of the Bundesliga.
Website Twitter LinkedIn