Since their promotion to the Bundesliga in 2019, the rivalry between Union Berlin and Hertha Berlin has intensified greatly. Both teams gained important wins last season on the pitch, but this season has seen the differences between the two clubs magnified by their approaches to the current corona virus pandemic. Hertha are taking a cautious safety-first approach, whereas Union seem to be taking a more gung-ho approach.

A tale of two cities? No, a tale of one city with one club controversially going their own way.

At the beginning of the season the DFL approved measures that would allow limited numbers of fans back into stadia to watch Bundesliga matches. Each club were granted permission to allow up to 20 percent capacity provided they adhered to the agreed hygiene rules. Entrance to stadiums was to be regulated, the wearing of masks obligatory while sections of the stadiums were to be cordoned off in accordance with social distancing requirements.

Concurrent to that, the federal government guidelines put all public events within the guidelines of the Robert Koch Institute’s recommended data driven COVID stabilizer. If in any region the number of new infections exceeds 35 per 100,000 inhabitants in a given area for seven consecutive days, any public gathering can be cancelled.

In a nutshell, depending on the infection rate in a given region, fans either would or would not be allowed. So for example Borussia Dortmund saw some 11,500 watch their matchday 3 clash with Freiburg at the Signal Iduna Park, whereas Bayern Munich’s three home games thus far have all been played behind closed doors without fans in attendance due a higher infection rate in Bavaria.

Controversy has however arisen in Berlin where the city boasts two Bundesliga clubs both seemingly under the same health guidance and restrictions, but with wholly differing interpretations of the rules.

Right from the outset Union were keen on getting fans back into the Stadion An der Alten Försterei as quickly as possible and came up with a host of initiatives to do just that. They proposed providing free on-site testing to allow over 20,000 fans to attend, but that was rejected. Die Eisernen have however been more successful in getting approval from Berlin’s Treptow-Köpenick office for public health for its revised hygiene concept allowing 4,500 fans to attend.

“It remains our responsibility to use our framework responsibility and create the safest possible public event offerings” explained club president Dirk Zingler. “We’ve done so in recent weeks and in the most recent case [versus Freiburg]. We wish to continue to do so.”

How safe it actually is remains to be seen, but there have been some very concerning images of fans not distancing, not wearing masks and generally not following the hygiene protocols.

Hertha Berlin are taking a different stance and are more aligned with the view of the Berlin senate that believes Union are ‘giving the wrong signal’. The Olympiastadion club announced this week that they would not be allowing any fans for their matchday 6 clash with VfL Wolfsburg as the rate of infection in Berlin is worryingly on the rise. 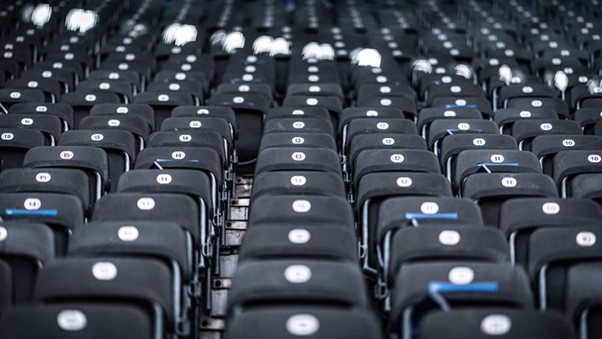 “Due to the current rise in incidence figures in Berlin and the surrounding areas, the capital city club is suspending ticket sales until further notice,” a statement on the club’s website read. Hertha also commented that they arrived at their decision after consulting directly with the Berliner senate- something that Union are not doing.

The moral argument looks to be being won by Hertha. The two clubs meet for the first time at the Olympiastadion on matchday 10, but it remains to be seen whether any fans will be there to enjoy it.

The promotion of minnows Union Berlin to the Bundesliga following their play-off victory over VfB Stuttgart last summer was seen as a fairy take for the side from Köpenick. The fact that they not only […]

With Max Kruse not exactly short on suitors after looking to return to the Bundesliga, it is safe to say the 32-year-old has opted for the most interesting option with the announcement that he is […]

With the transfer season upon us, a host of clubs are looking for a change at the back and are seeking a new number one. One move triggers another, which triggers another. Let’s take a […]