Relegation from the Bundesliga was always going to cause a hangover for Fortuna Düsseldorf. Uwe Rösler’s team has only managed to gain eight points from their first seven matches. For a team that talked about promotion contention, this has been a dreadful start. They emerge from the international break in 13th place, just a point above the relegation spots and nine points off the top.

Despite having the likes of Rouwen Hennings and Kenen Karaman up front, two players who managed to score regular goals in the Bundesliga, the side has only managed only seven goals so far this season. That is just one more than bottom side Wurzburger Kickers, a team from which Fortuna grabbed one of their two wins so far this season with a 1-0 victory, where Wurzburg missed a last-minute penalty. Between them, Hennings and Karaman have managed three goals. 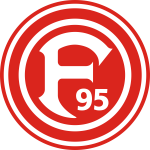 What has perhaps worried Fortuna fans the most has been the lackluster performances. The side was pretty inept against Hannover 96 in a 3-0 defeat, needed a late comeback to rescue a point against Jahn Regensburg after going down by two goals, and barely troubled Hamburger SV in the opening match of the league. Rösler is coming under increasing pressure. Fans were realistic in not expecting the side to walk through the league, but would have at least wanted the team to be competing at the top end of the table, rather than languishing near the bottom.

So where is the issue? For me, as a fan, it is the lack of a creative player. When Fortuna were promoted a couple of seasons ago, the driving force of creativity and goal-scoring was coming from players like Florian Neuhaus. They also had the likes of Takashi Usami and Benito Raman who could also find the net, with Raman in particular being an effective partner for Hennings. This season’s team doesn’t appear to have enough midfielders and wide players who can create or score, but those that could be in the side aren’t getting chances in the first team.

Karaman and Hennings doesn’t appear to be an ideal strike partnership. Hennings is best used with a quicker player alongside him, hence why him and Raman worked so well. We saw him score the bulk of his goals in the Bundesliga before Karaman returned to the side from his injury. Finding a way to get the best out of both players while on the pitch at the same time is something Rösler certainly must be thinking long and hard about.

Last season Fortuna had both Erik Thommy and Kevin Stöger as the creators from the central and wide areas. Neither are here, and it doesn’t look like either has been replaced. Experienced midfielder Adam Bodzek is still a mainstay in the central midfield, alongside a variant of Jakob Piotrowski, Marcel Sobotka and Shinta Appelkamp. Only Appelkamp can really be considered ‘creative’ out of these options but is still young and inexperienced at this level. Given that, it is little wonder that the two strikers have struggled to find the net, as the service just hasn’t been there.

Kristoffer Peterson is the only wide player with an assist so far this season and has looked like a good signing. The 25-year-old Swedish midfielder has only featured twice so far this season, so perhaps as he becomes accustomed to the league and the side he may well be the player who can help create more chances for Fortuna.

Other wide players that Rösler has deployed include Jean Zimmer and Thomas Pledl. Coming off the bench are others such as Brandon Borrello and Kelvin Ofori. Herein lies one of the main issues, and perhaps frustrations, with the managers team selection. Pledl barely got a look during last season’s Bundesliga campaign, yet has admirably worked his way back into the plans of the coach.

Zimmer has always been a personal conundrum to me. While there is no doubt that he works hard and possesses a fair amount of pace, his ability to be a wide man is still up for debate. He doesn’t have the technical ability to create, nor the dribbling ability to beat a man. For me, Zimmer is a right-back being asked to play out of position by both Rösler and his predecessor Friedhelm Funkel. This, in my opinion, makes him a defensive choice which is frustrating when the squad is considered one of the stronger teams in the league. Given that Fortuna are struggling to score, it is high time that Zimmer was either deployed in his usual position, which is unlikely given that Mattias Zimmerman is the club’s best right-back, or used as a role player off the bench.

Instead, I would much prefer Rösler to go with an attacking option in wide areas. Getting service to the two strikers is vital, as they are two of the better goal scorers in the division. Ofori should be the choice. He may be young at 19-years-old and lacking in experience, but he has an abundance of potential and has already shown he has the ability to beat a man and really drag the team forward. Giving him more time on the pitch will only help him develop more, while also improving the product on the pitch.

If Ofori isn’t an option, Rösler could certainly do with getting Emmanuel Iyoha back healthy. Iyoha has spent the prevoius two seasons on loan at both Erzgebirge Aue and Holstein Kiel. Last season he managed 9 goals for Kiel, and Fortuna are crying out for a player of his ability and know how. Hopefully it won’t be too long before we see Iyoha back on the pitch.

While it is by no means panic stations at this point of the season, Fortuna should certainly not become complacent in thinking that the quality of the squad is ‘too good to go down’. Nürnberg are a prime example of how relegations can potentially come in pairs. They only just managed to scrape past Ingolstadt in last season’s relegation play-off to remain in Bundesliga 2. Fortuna’s decision makers should be under no illusions that relegation is a real possibility for any side, even one that looks as good on paper.

Rösler will probably be given until at least Christmas to sort the side out. Perhaps, if he tweaks formations and personnel, he will finally work out a way to get a side with the likes of Hennings and Karaman to really start to find the net. Beating Sandhausen in the first game back after the international break will certainly be a good start.

The Winners and Losers of Bundesliga Matchday 34

The final weekend of the Bundesliga season certainly wasn’t lacking in excitement with Champions League places up for grabs and two sides battling to stay in the league. So, who were the winners and losers […]

Die Bundesliga ist züruck! Matchday 26 may not have had the usual tifos and fan chants we are used to in Germany, but there was no shortage of goals and drama. However, the true Geisterspiel was […]