All 18 clubs in the league comply with the DFL’s 50+1 rule, which prevents external investors or companies buying a majority stake in the club. In Würzburg, however, local printing company Flyeralarm owns the remaining 49% of the club. Involved with Kickers since their promotion to the Regionalliga in 2012, and stadium sponsor since 2013, Flyeralarm have a significant say in the running of the club through the “Flyeralarm Global Soccer” Program. Their investment has spread wider than just Würzburg, as they also sponsor the DFB, the Women’s Bundesliga, the Swiss Football League, and most importantly Austrian Bundesliga side Admira Wacker (currently known as FC Flyeralarm Admira), who they also own a stake in.

Some have compared Flyeralarm to Red Bull, but there are more than a few differences. Their financial resources are far smaller, they are not the majority owner of either team, both teams have kept their identity (name sponsorship is very common in Austria), and they do not transfer players between their Austrian and German clubs. There is not a network of Flyeralarm clubs, or a Flyeralarm style of play. Flyeralarm simply supports two clubs financially, and ‘takes care’ of the running of the clubs. And most importantly, Felix Magath is the de facto head of Kickers, whereas Red Bull soccer was run until recently by the forward-thinking Ralf Rangnick. 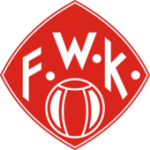 In January this year Magath was named Head of Flyeralarm Global Soccer. A European Cup winner in his playing days, and a three-time Bundesliga winning coach (twice with Bayern, once with Wolfsburg in the 2000s), the announcement of Magath brought plenty of attention to both Kickers and Admira. “They will now be the Magath club and no longer a normal third-division-club,” said the local paper, Main Post.

When the announcement was made, what Magath would do wasn’t particularly clear. Having held the position for nearly a year, Magath’s role has been more executive than many expected. He has no official role with either Admira or Kickers, but it seems that he has free reign to decide what his job entails. For a man once described by one of his players at Eintracht Frankfurt as “the last dictator in Europe”, it’s little surprise that Magath has been all-controlling in both Wien and Würzburg.  Magath, now 67, earned the nickname ‘Quälix” (a combination of his first name and the German term for torure) for his extreme demands on players’conditioning, his penchant for increasing his control over a club’s entire operations and his occasional humiliation of players, which includied dropping established Bundesliga players to the reserve squad because of his displeasure with their lack of commitment to his old school methods.

But the control freak apparently lacks self control. Almost immediately after he joined the Flyeralarm ‘project’, he replaced the incumbent coach at Admira Wacker with Zvonimir Soldo (who had played under Magath at Stuttgart and last held a coaching role 10 years ago). Soldo didn’t last long, resigning shortly after the start of the new season. Much like Würzburg, they are currently bottom of the Austrian Bundesliga, with only one win.

Magath’s special brand of chaos took longer to reach Bavaria, but when it arrived, it made its mark. When Magath joined, Die Rothosen were mid-table in the 3. Liga. In the second half of the season, however, they dramatically improved, eventually clinching third place. As Bayern Munich’s reserve side (who cannot be promoted to the second tier) won the title, third place was enough for an automatic promotion spot. For leading the club to the 2. Bundesliga, Kickers coach Michael Schiele was voted the second best trainer in the league, only behind Bayern II’s Sebastian Hoeneß, now of Hoffenheim.

Magath wasn’t so easily satisfied. Promotion was the first target reached; the next target was survival in the second tier. Felix had loftier goals, though – namely the European Cup. No pressure, then. Always after more control, Magath also oversaw a very active transfer window, which Schiele had previously had more input in.

The new season didn’t start so well, with a 3-2 loss to Hannover in the first round of the DFB-Pokal, and a 3-0 defeat to Aue on the opening day of the league season. Schiele’s team nearly got off the mark in their second game, in Düsseldorf, but Robert Herrmann’s injury time penalty was saved, giving Fortuna a 1-0 win.

Just a few days later, Schiele was unceremoniously sacked, much to the horror of Kickers fans and to the bemusement of neutrals. His replacement was named as Marco Antwerpen, who had led Eintracht Braunschweig to promotion but had been let go at the end of the season. Cue more bemusement – Antwerpen’s Eintracht side hadn’t played great football, he almost lost his job there before lockdown, and unlike with Schiele, fans felt promotion had been achieved in spite of the coach, not because of him. If Braunschweig didn’t want him in charge in Bundesliga 2, why would Würzburg?

As it turns out, they didn’t really want him either. In Antwerpen’s first game, Kickers managed a 2-2 draw with Fürth, but the focus was elsewhere. 2,600 fans were allowed into the Flyeralarm Arena, but only 1,877 showed up, bringing banners critical of the club’s leadership, and mockingly chanting “Europapokal! Europapokal!.”

That draw was the only point Antwerpen would score. Kickers lost their next four games, the fourth being a 4-1 defeat to Heidenheim. After the game, Magath offered his support to Antwerpen, denying that his job was under threat, and insisting that the coach should be left to work in peace. Then he changed his mind. Three days later, Antwerpen was sacked. “The trainer can continue to work in peace”, said Magath, “just somewhere else”.

That meant it was time for a third coach after just seven games – never seen before in the 2. Bundesliga’s almost forty-year-old history. Admitting it was his mistake to hire Antwerpen in the first place, Magath’s next move made a bit more sense. Bernhard Trares, formerly of Waldhof Mannheim, was chosen as the third Kickers coach of the season. He too had played under Magath, back at Bremen in 1999, but had also led Mannheim to the Regionalliga Südwest title in 2019, 21 points clear of second place, and followed that up with a 9th place finish in the 3. Liga.

The impact from Trares was immediate. Taking charge of his first game last weekend against Hannover, he handed a debut to midfielder Dominik Meisel, moved winger Robert Herrmann to left back, and made winger Florian Flecker an attacking full back. Hannover took the lead in the first half, but the improvement in performance from Würzburg was clear, and in the second half, they made it count. Herrmann’s ball in was brilliantly dummied by Meisel, allowing Ridge Munsy to equalise. Polish midfielder David Kopacz made it 2-1 not long after, and Die Rothosen held on for their first win of the season.

The hope is that Trares can build on that. Few saw Würzburg as anything but relegation battlers, and that won’t have been helped by the coaching turmoil so far, but there is talent in the squad. Arne Feick, Ewerton and Fabian Giefer are all established names who should perform well in the 2. Bundesliga, and there are other interesting players, such as Flecker, Kopacz, diminutive midfielder Patrick Sontheimer and former Eredivisie winner Douglas.

Knowing Magath, Trares’ good start and good reputation might not mean much. Should Kickers lose a few games in a row, or put in some lacklustre performances, maybe Magath will turn on him too. Until that happens, Trares is the man in charge, at least on the pitch. And if there’s any coach who can lead Kickers to safety, it may well be him. Unless Felix decides to take up his old ‘firefighter’ role one more time…