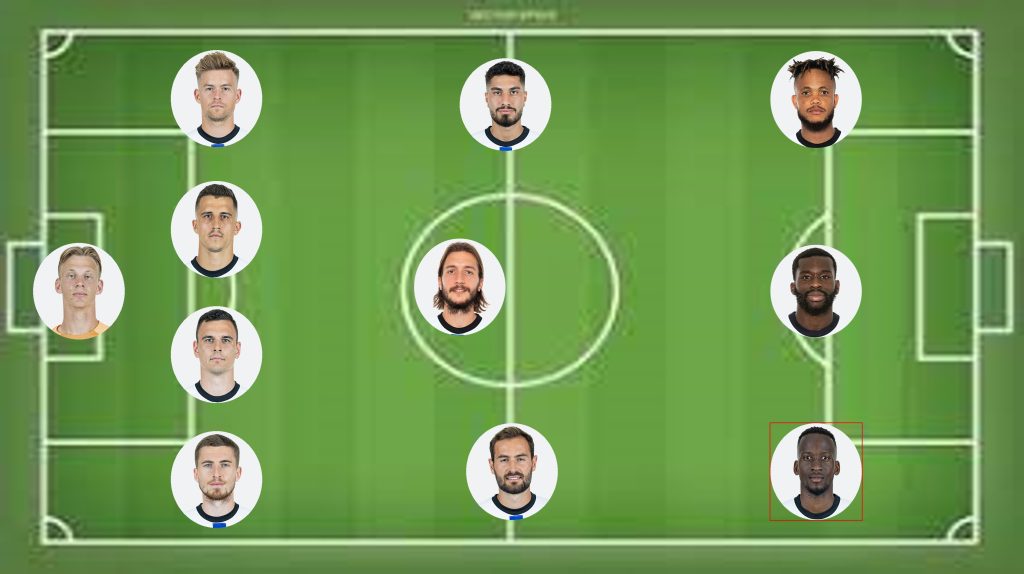 The fact that Hertha Berlin remains winless after their 1-0 defeat to Borussia Mönchengladbach at the Europa Park on Friday, while disappointing, does have a silver lining. The performance of new signing attacker Chidera Ejuke was a plus, but the continued danger posed by Dodi Lukebakio was also a standout.

The 24-year-old Belgian has started the new season with two goals and two assists (Bundesliga and DFB Pokal), but while he looks a world-beater at times, there remains a few elements that he lacks. Hertha needs the finished product, what they’re getting is a work in progress.

Since bursting onto the scene four years ago with a stunning hattrick for Fortuna Düsseldorf at the Allianz Arena against Bayern Munich, Lukebakio has always shown his potential without fully taking his game to the next level. After impressing with Fortuna, Hertha signed him from parent club Watford for €20 million, but then loaned him to VfL Wolfsburg in the summer of 2021.

Back in the capital

This season Lukebakio scored and provided an assist in the DFB Pokal defeat to Eintracht Braunschweig as well as scoring an impressive consolation in the derby defeat to Union Berlin on the opening day. He showed superb pace, drive from the right and ended with a precise left-foot finish low into the corner.

Last weekend at home to Eintracht Frankfurt, it was his superb cross from the right that set up Suat Serdar for the opener in their 1-1 draw. And so, to last night against Borussia Mönchengladbach.

Lukebakio looked ‘on it’ from the very start attacking down the right with pace. As early as the fourth minute he latched onto a poor back pass to outpace Joe Scally before firing wide. The 19th minute saw the first example of him burning Ramy Bensebaini for pace (literally leaving him for dead) before he forced Yann Sommer into a save in the 26th minute.

Two minutes before the break and Lukebakio really should have equalised. Sent through by Sunjic on the right, his pace was too much for Nico Elvedi, but he fired his shot wildly over the bar from eight meters out.

Throughout the game, Lukebakio was able to sear past Bensebaini at will, could charge into dangerous, advanced positions, but then either produced a poor shot, delayed, or chose the wrong option (for example when he squared the ball to Kanga rather than shooting in the 56th minute).

It was a story of immense talent and danger in some areas (pace, attacking intent), but a lack of consistency in others (finishing). The big question is whether Dodi Lukebakio can become what his potential suggests, or whether his shortcoming will prevent him going to the next level. This could be a very important season for the Hertha attacker.

The tale of the tape (v Mönchengladbach)

Total shots: 4 (one on target)

Dodi Lukebakio: “We worked with a lot of commitment, did well playing the ball forward and had numerous clear-cut chances. Overall, I saw a lot of positives to take from the game, which gives you courage looking forward and means you are really up for the next game. We know that because of the changes to the squad this is a new team that has to find itself piece by piece, and that is not easy. But we are doing a lot of things right.

“We have to keep going and keep improving – especially in our approach play to the goal. If we do this, then we will win points in our upcoming games.”

Vedad Ibisevic- The End of an Era

Bundesliga Transfer Window Closes with a Flurry of Action

We are living in strange times and those strange times were also in play during the final hours of the Bundesliga summer transfer window. More so than is usual, we have seen a flurry of […]