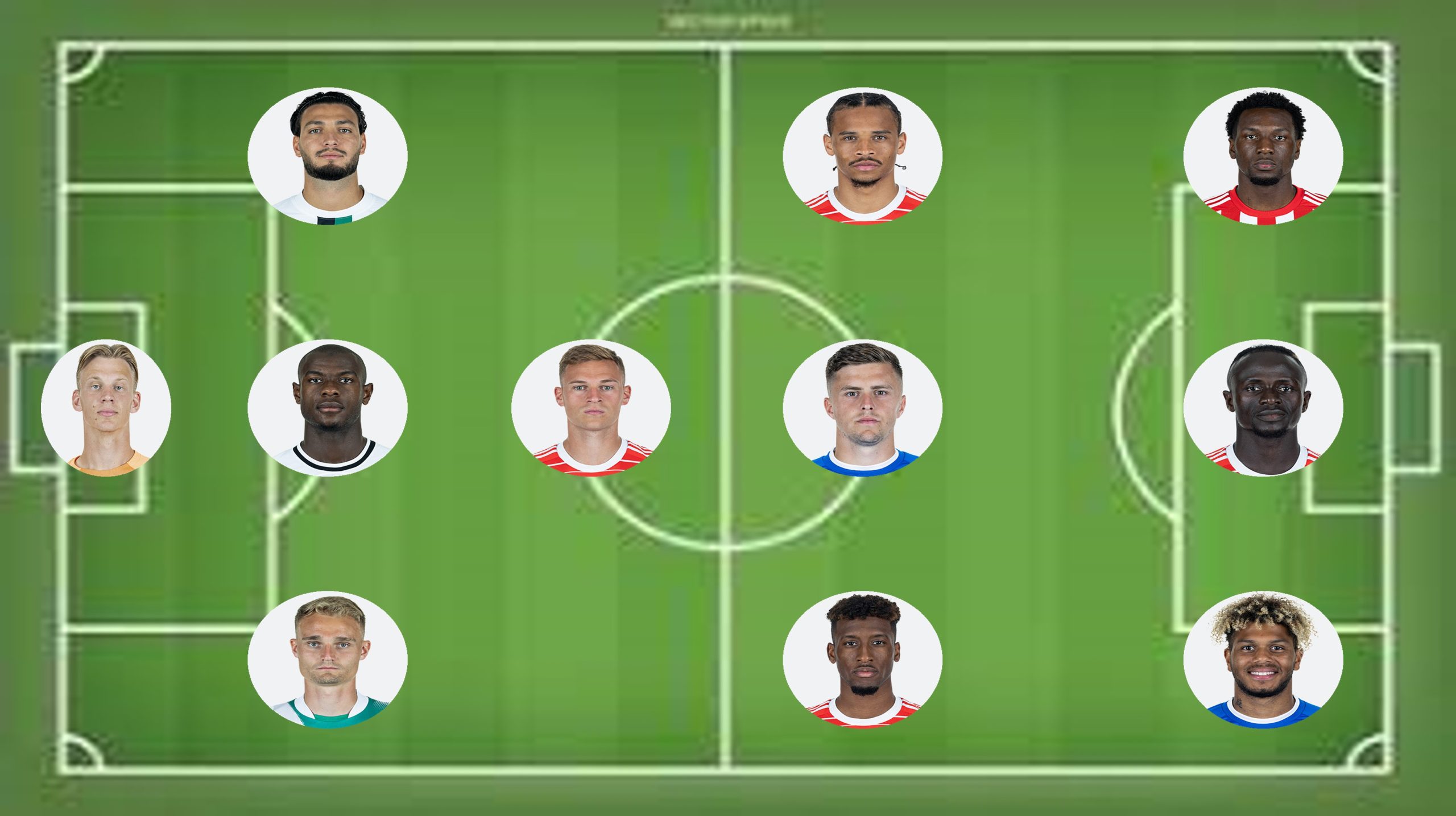 The years of goalkeeping uncertainty at Hertha may be over with Dane Christensen looking a sure bet for the number one jersey for the foreseeable future. He may have ended up on the losing side, but he did save Jonas Hofmann’s penalty and denied Marcus Thuram with a fine save late on.

Bensebaini had a tough night dealing with the pace of Dodi Lukebakio against Hertha on Friday, but came out on top overall. 74 touches, a passing accuracy of 78%, combined with seven clearances, seven recoveries and five out of eight ground duels won made him a stand-out.

It comes as no surprise that the likes of Milan are sniffing around Ndicka. Against Köln he was often the man getting in the last-ditch tackle or block to deny a goalscoring opportunity (eleven clearances). He was strong in the air with seven of eight aerial duals won. Ultimately a wonder strike from Jan Thielmann got through, but Ndicka’s performance deserved the shutout.

Pieper was an injury doubt prior to the game against Borussia Dortmund, but trainer Ole Werner must be glad he made it. Pieper was solid in Werder’s back three keeping Anthony Modeste very quiet. He capped a fine overall display with the superb cross from the right that was headed in by Niklas Schmidt for the equaliser.

Bayern’s goals and goal scorers will grab a lot of the attention, but Joshua Kimmich produced another masterclass of central midfield play. He controlled things to allow the attackers their leeway, he provided four chances himself and one assist. The pivot, the heart, the fulcrum of a Bayern side looking imperious in the early weeks of the season.

Alongside Grischa Prömel in midfield, Baumgartner played very well against Bayer Leverkusen, but the reason he got in the team ahead of his midfield team mate was his goal. Wow! Fed by Prömel in the box with his back to goal and nothing on, he produced an exquisite back-heel finish to bamboozle Lukas Hradecky and set Hoffenheim on their way to a 3-0 victory.

No Jamal Musiala? No worries for Bayern when they can bring in a player of Coman’s quality. He set up Leroy Sané for the opener, scored the third himself, assisted Sadio Mané for the fourth and then won the penalty for the fifth goal. He was a constant threat for the Bochum defenders, for which they had no answers.

There is debate about Leroy Sané’s consistency, but when he is ‘on it’ there are few people who don’t just stand back and admire his ability. He opened the scoring against Bochum and alongside the other Bayern attackers enjoyed a fine afternoon attacking at will.

Another fine win for Union as they beat RB Leipzig and it was a really tough decision to pick between Beker and striking partner Jordan Pefok. Becker got the nod and deservedly so with a fine goal and assist. His partnership with Pefok already looks tasty and the dread of losing the goals of Taiwo Awoniyi is dissipating.

Mané was another Bayern player who enjoyed himself against Bochum. Denied a goal by VAR for handball in the 41st minute, he hit straight back with a goal two minutes later. He added the fifth of the game from the penalty spot. Bayern relied so heavily upon Robert Lewandowski from the spot for years, so it was good to see the Senegalese stepping up converting with such confidence.

The twinkle toes and mazy wing play of Georgino Rutter had some end result against Leverkusen as he helped Hoffenheim to a 3-0 win. A fine individual goal capped a very good display from the Frenchman.

A lot has been written about Bayern Munich summer signing Sadio Mané and his suitability in the Bavarian’s line-up, but Sport 1 journalist Alex Steudel has taken the use of idioms to the extreme by […]

Der Klassiker once again lived up to its billing as one of the top matches in the Bundesliga with a highly entertaining game at the Allianz Arena replete with five goals, a Robert Lewandowski/ Erling […]