After six Bundesliga matchdays Union Berlin fans must have to pinch themselves as they see their club sitting at the top of the table- not sharing the lead, but as outright leaders. They are currently outperforming Bayern Munich and Borussia Dortmund and if their current trajectory of achievement continues will be Champions League winners in a few years’ time.

Okay, so let’s not get too ahead of ourselves, but the way Union have carried forward the form they ended last season with into this one has been very impressive and week on week, they are gaining more admirers for the way they play. The game plan that Urs Fischer sets his team up with is working a treat and following their 1-0 win over Köln this weekend, Billy Goats trainer Steffen Baumgart was full of praise for his opponent.

Urs Fischer clearly holds the key to the recent success. He has created a squad of players that fit what he has planned, he has everybody on board with the game plan and has players on form able to carry out his plans. The construction of the squad is perhaps the key to the current success.

On paper the players don’t exactly match up to those available to Bayern Munich or RB Leipzig, but football is famously not played on paper, but grass and Fischer has options in each position, so that the masterplan isn’t too disrupted by suspensions or injuries. 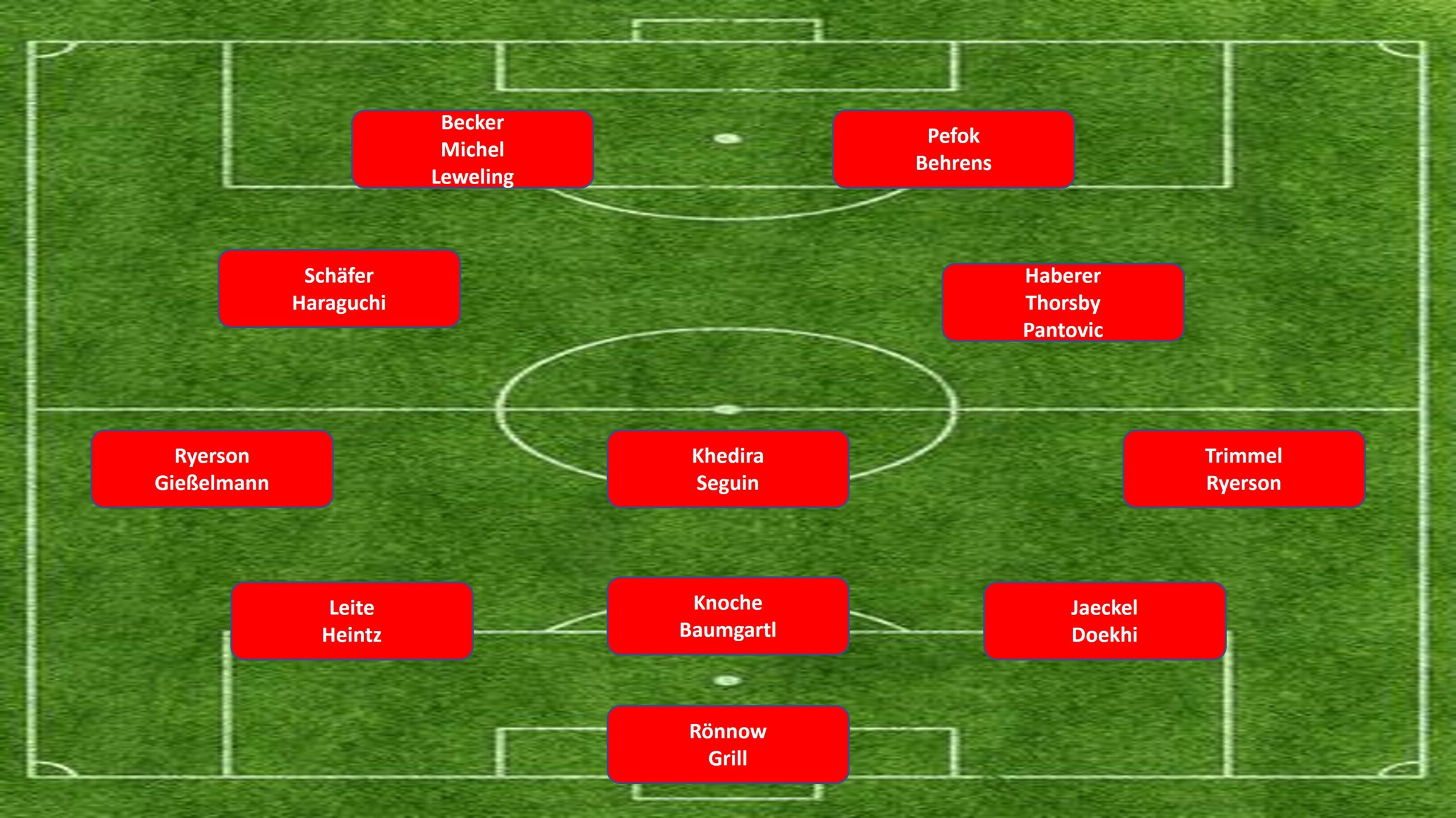 According to Transfermarkt.de the entire Union Berlin squad is valued at just €89.3 million. Bayern Munich’s squad on the other hand is valued at €846.5 million. The Eisernen however have been very shrewd in the transfer market bringing in the right players for the system at low cost. They sold Taiwo Awoniyi to Nottingham Forest for €20.5 million and brought in Jordan Pefok for just €6 million with no real loss of goals. Jamie Leweling came in from relegated Greuther Fürth for €4 million giving them two attacking options for half the money Awoniyi generated.

Clever free signings are also a feature of the Union model. Rani Khedira, Janik Haberer, Danilho Doekhi, Paul Seguin and Milos Pantovic have been brought in on free transfers, while Diogo Leite is on a cheap loan deal.

The 3-5-2 has Leite, Robin Knoche (free) and Paul Jaeckel (free) the first-choice central defence at the moment but with Doekhi, Dominique Heintz and a returning Timo Baumgartl available too. Grischa Prömel was lost to Hoffenheim in the summer, but in Khedira and Seguin Union have two able DM’s.

Julian Ryerson can operate on both fullback flanks with the veteran Christopher Trimmel on the right. Nico Gießelmann can play left as can summer loan returnee Tymoteusz Puchacz. The attacking midfielder roles have options with Hungarian Andras Schäfer and Haberer the current favourites.

Up front the dynamic partnership of Sheraldo Becker and Jordan Pefok has pace and allows Union to counter at will. Sven Michel has shown that he can come in and finish this season (two goals against Schalke), while Kevin Behrens offers something different should Urs Fischer need a change of plan.

The first choice XI are performing miracles thus far for Union, but the long-term assurance of continuing this success lies in squad depth and the club have very astutely assembled a group of players that can fit the plan.

For those people waiting for the Union Berlin bubble to burst, you might have to wait a bit longer. Sitting top of the Bundesliga table die Eisernen ensured they will still be in European competition […]

Just a few weeks after Bayern Munich triumphed in the Champions League to clinch another treble, the 2020-21 Bundesliga seasons gets underway with the shadow of the corona virus crisis hanging over it. The new […]

The Winners and Losers of Bundesliga Matchday 5

The Winners Freiburg A fourth win from their opening five matches has put SC Freiburg top of the table ahead of the likes of Bayern Munich and Borussia Dortmund. Christian Streich’s side came away from […]