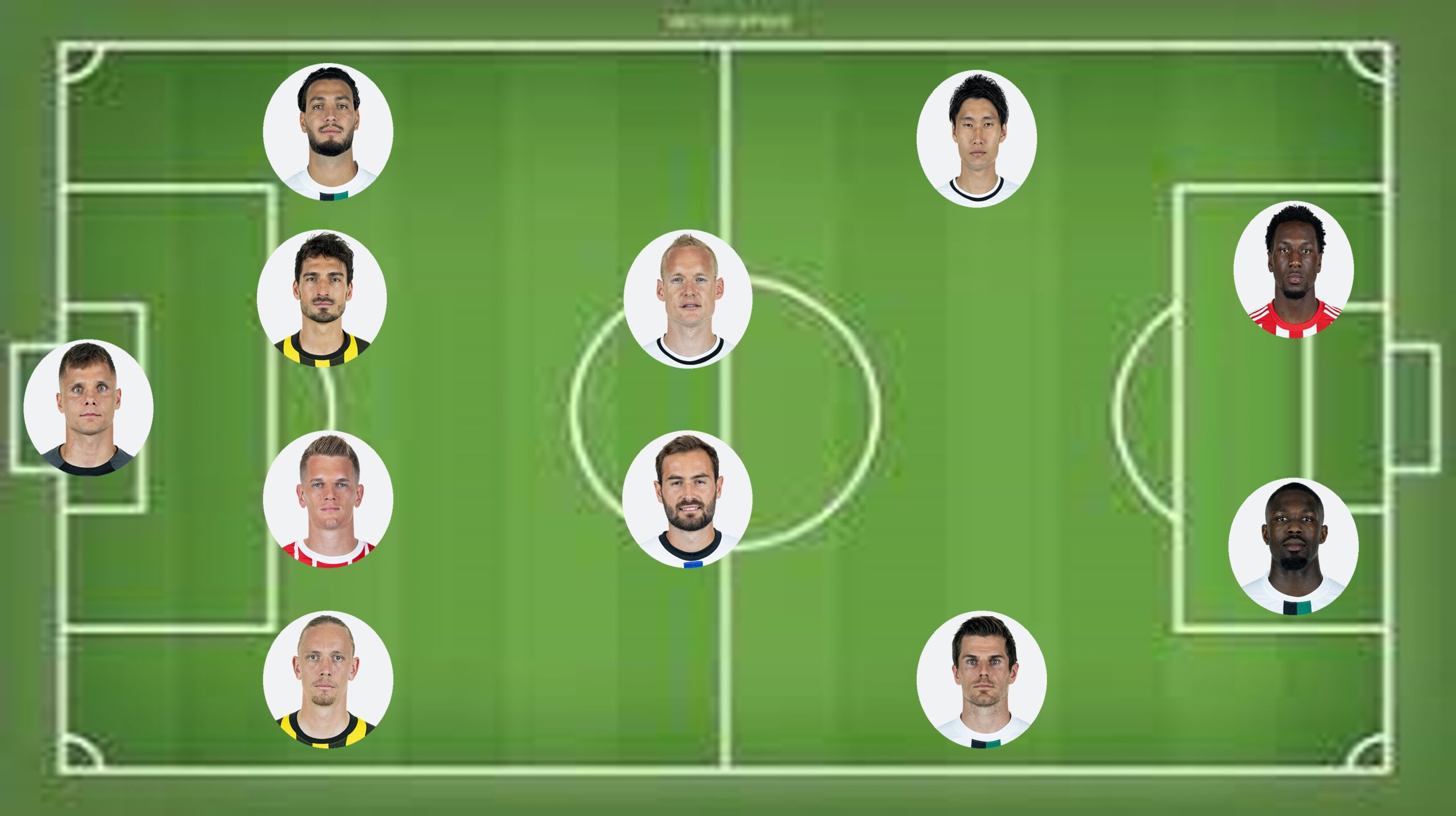 Not for the first time this season Augsburg owe a massive debt of gratitude to their goalkeeper Rafal Gikiewicz for a superhuman display. Having been the hero last week with an injury-time penalty save to deny Werder Bremen’s Marvin Ducksch, the 34-year-old Polish keeper was the clear Man of the Match as he denied Bayern again and again at the AWD Arena.

He made goal-saving stops to deny Leroy Sané, Leon Goretzka, Sadio Mané and then right at the death he produced a point-blank save to deny Manuel Neuer’s bullet header.

Wolf is fast becoming one of Dortmund’s most consistent, versatile and important players. He was back at left back against Schalke and dispensed with his defensive and attacking duties superbly. He provided the cross for Youssoufa Moukoko to score and was arguably BVB’s best player on the day.

After a top display against Manchester City in midweek, Hummels showed no sign of fatigue as he led the Dortmund back line in the Revierderby. The disappointment of being omitted from the Germany squad was put to the back of his mind, and in fact performances like this will only strengthen his case for inclusion. The 1-0 win over Schalke was his 10th win in the Revierderby, equalling the previous record holder Michael Zorc.

Like Hummels, Matthias Ginter is showing that experience can make up for age and put in another solid display as Freiburg kept a second successive clean sheet in their goalless draw with Hoffenheim. Keeping the likes of Georgino Rutter and Andrej Kramaric quiet is no easy task, but Ginter played a big role in doing so.

Bensebaini seemed to be everywhere at the Borussia Park both defending and attacking, His goal was taken like a real centre forward as he stayed onside to chest down Lars Stindl’s ball in before coolly dinking the ball over keeper Peter Gulacsi. Recent rumours that PSG are monitoring him for a possible winter transfer window move will only increase with performances like this.

The French midfielder capped a fine display with the goal that many thought would be the winner before Mainz’s late equaliser. His passing, and control of the midfield was good and his influence of the team is growing by the week after a poor pre-season.

Rode has to have a special individualised training regime to protect him for injuries, but Eintracht are managing him superbly and he continues to exert a top influence on the side. He got his name on the scoresheet on Saturday against Stuttgart when he headed in the opener.

The creative and attacking spark for Eintracht. Kamada turned provider for the opening Rode goal after Florian Muller could only parry his shot and then added the second himself with a right-footed free kick that took a slight deflection. The brightest player in the Adler line-up and key to the three points.

Jonas Hofmann was on a one-man mission to score a hattrick against RB Leipzig and came very close. In the end Hofmann had to settle for a brace with Ramy Bensebaini scoring the other. Two-hero Hofmann, who was called up to the German national team in midweek was certainly a happy man at the final whistle.

“I could have scored four goals today if I had been more focused with my finishing, but that doesn’t matter if you win 3-0. We can go into the international break very happy.”

Another goal to take his tally to six and another assist for strike partner Jordan Pefok. The season just goes from strength to strength for Sheraldo Becker and the international break comes at the wrong time for him. The Suriname international would love to just keep on playing and racking up the scorer points.

The Frenchman terrorised the RB Leipzig defence and provided a double assist for Jonas Hofmann. The RB back line had no answer to him running in behind them and in the absence of Alassane Plea is leading the Gladbach line admirably.

As ever there were just eleven spots in the Team of the Week, but so many more candidates to include. Oliver Baumann kept his 100th Bundesliga clean sheet with Alexander Schwolow also having a good game. Milos Veljkovic and Augsburg’s Maximilian Bauer played well, while Thomas Meunier also had good afternoons. In midfield Gladbach’s Julian Weigl and Christoph Kramer almost added to the Foals contingent. Jordan Pefok could easily have been included in place of Becker.

Bundesliga Team of the Week Matchday 12

Gregor Kobel (Borussia Dortmund) After his poor display against Union Berlin, BVB keeper has had a point to prove and against Eintracht Frankfurt he continued to show what a great goalkeeper he can be with […]

Is Marcus Thuram Playing Himself onto Bayern’s Shopping List?

Two goals against VfL Wolfsburg on Saturday made it four in three games and seven for the season for Borussia Mönchengladbach striker Marcus Thuram. Die Wölfe were full of praise for the ‘world-class’ striker at […]