Matchday 10 from the 2. Bundesliga provided the usual thrills and spills both for those at the top and those struggling at the bottom. Hamburg retained their top spot but not without late drama, while there was a battle for the places behind them. At the bottom Magdeburg climbed off the bottom replaced by Arminia Bielefeld.

The weekend opened on Friday with Hamburg maintaining top spot with a dramatic 2-1 victory over fourth placed Hannover. After four wins on the trot the match couldn’t have got off to a worse start for the Hanseaten with Miro Muheim gifting Sei Muroya a fourth minute goal after slipping up and leaving keeper Daniel Heuer-Fernandes stranded.

The equaliser came on the quarter hour mark when Julian Börner put through his own net while trying to cut out a cross from Moritz Heyer. A draw looked on the cards until the 92nd when Ransford Yeboah Königsdörffer raced onto a pass to slot home the winner. It was quite a week for the 21-year-old after making his international debut for Ghana in midweek.

Friday also saw a top of the table clash between second placed Paderborn and third place Darmstadt at the Home Deluxe Arena. The visitors ran out 2-1 winners to leapfrog Paderborn in the table. It took just four minutes for the home side to open the scoring with Robert Leipertz lathing onto a longball to score. They had the chance to double their lead three minutes later via the penalty spot, but Marvin Pieringer saw his spot kick saved by keeper Marcel Schuhen.

The hectic start continued with the guests equalising with just ten minutes on the clock- Braydon Manu stooping to head in Tobias Kempe’s ball. A tiny window of calm was then broken by the 24th goal from Darmstadt’s Jannik Müller, who headed in another Kempe flank from the right. The goal turned out to be the winner with no more goals despite both sides having good chances.

On Saturday Fortuna Düsseldorf climbed to fourth in the table with a comfortable 4-1 home win over Arminia Bielefeld with Shinta Appelkamp the star of the show with two goals and an assist for Daniel Thioiune’s side. They remain unbeaten at home having now won four and drawn one of their games at the Merkur Spiel-Arena this season. Bielefeld slip to the bottom of the table meaning both sides relegated from the Bundesliga now occupy the bottom two spots in the 2. Bundesliga.

The clash on Germany’s North coast between Holstein Kiel and Hansa Rostock looked to be heading for a home win for Kiel thanks to a first half penalty scored by Fabian Reese. A late 88th minute equaliser from Lukas Hinterseer and a fine goalkeeping display from Markus Kolke, who denied Kiel twice in stoppage time.

Greuther Fürth and Sandhausen played out a 1-1 draw at the Sportpark Ronhof with the hosts scoring in the first half via Alexander Esswein and the visitors responding at the start of the second period through a Julian Green header. Elsewhere on Saturday St. Pauli and Heidenheim played out a goalless draw at the Millerntor, which dented the visitors’ efforts to keep tabs with the league leaders. 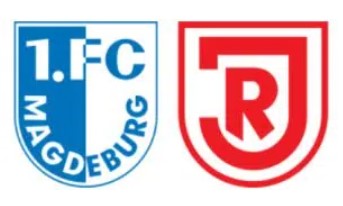 Magdeburg moved off the bottom of the table on Sunday with a 1-0 home win over Jahn Regensburg. Leon Bell had a goal ruled out in the first half, but a second half goal from Luca Schuler sealed the all-important three points.

It was a battle of the promoted sides at the Betzenberg as Kaiserslautern hosted Eintracht Braunschweig. Two goals at the start of the second half saw the spoils shared with Lion Lauerbach putting the visitors in front only for Boris Tomiak to head in an equaliser minutes later. Braunschweig keeper Jasmin Fejzic did however pull off a great save in stoppage time to deny Lex Tyger Lobinger a late winner. 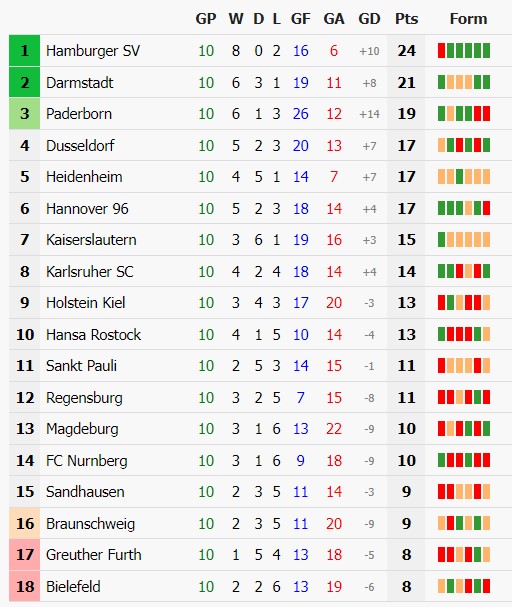 Matchday 7 from the 2.Bundesliga provided the usual thrills and spills both for those at the top and those struggling at the bottom. Paderborn retained top spot with Hamburg moving up to second. At the […]

Following their weekend defeat to Karlsruher SC, Nürnberg have announced they have parted company with trainer Robert Klauß. “We regret this decision, but it was unavoidable” explained sporting director Dieter Hecking on Monday. “Robert has […]