The Champions League is back this week with the third matchday of the group stage and the various trainers and players have been giving their opinions on the upcoming matches. Here’s a summary of what the main protagonists have had to say ahead of the midweek European action. 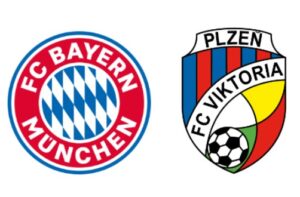 Julian Nagelsmann (Bayern coach): “We still have to score points and we want that. The win against Leverkusen was important, the team did very well. It’s extremely important for the Champions League to win the game against Plzeň and also to keep the rhythm for Dortmund.

“We’re under a bit more pressure in the Bundesliga than in the Champions League. Basically, we want to win every game. I’m expecting a top performance, a very motivated performance, to continue what the players did very well against Leverkusen, including concentration in front of the opposing goal.

“I rather expect Plzeň to defend deeply. In the league, too, they often play on the counterattack. Up front they have two physically strong target players. They work a lot with early crosses, it’s a similar idea to Augsburg attacking, this is not always so easy to defend. We’re trying to achieve our optimum performance for the Champions League, but of course also for the upcoming Bundesliga tasks.”

“I like playing with both Matthijs de Ligt and Lucas Hernández. Matthijs exudes a lot of confidence, he’s an important player for us. We try to keep a clean sheet in every game. I feel comfortable with Matthijs and also with Lucas.”

Michal Bilek (Plzeň coach): “Tomorrow we face perhaps the toughest opponent, probably the biggest favourite in the group and one of the biggest to win in the entire Champions League.

“It’s true that Bayern lost a few times in the Bundesliga, but all the games were similar – their players had a huge number of chances, the opposition was always helped by the goalkeeper, and they were unlucky. All the teams that won a point in the league with Bayern were lucky.

“If you say Musiala, Mané, Sané… The quality is unreal! We have to be very careful with all the players. They have a great transition to attack, and we have to try to deal with that.

“It is difficult to open the game against such teams. We knew immediately after the draw that it would be extremely difficult against all three, on the other hand, we are very happy that we can experience it and be a part of it.”

Lukas Hejda (Plzeň captain): “I wouldn’t say we are afraid of them, but all the teams in our group are extra class. It’s hard to defend and we have to try to do our best.

“In terms of points, they may have lost something, but they created several chances in every match. They have great quality, and we know what we will face. It will be a very difficult test for us.” 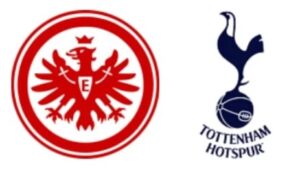 Oliver Glasner (Frankfurt coach): “We’ll play to win. We’ve prepared well for Tottenham and their style of play. We showed the players longer video clips of how Tottenham operate and how we want to keep them at bay. That made up the majority of our preparation – we spent little time on the training pitch. We’re very happy going into our third Champions League game.

“The team’s efforts in recent weeks fill me with confidence. The players have already shown on a number of occasions that they’re capable of going above and beyond. We’ll need to perform at the highest level, but the lads have my full confidence because they’ve done that time and time again. Tottenham play in a clear 3-4-3 formation. I prefer to play 4-3-3 against that system, but there are a number of options.

“The atmosphere here is always terrific, including for our last game against Union Berlin. I’m hoping for a football festival. The weather should be good and both teams are in good shape. With the home and away games taking place in the same week, a sell-out crowd and both teams being on the same number of points in the group, it’s a perfect scenario.”

Sebastian Rode (Frankfurt captain): “Tottenham are a strong team with excellent individual players. We have to keep their attack under control. The coach has shown us how we’re meant to do that. Generally speaking, we’ve played against teams like this many times and know what to do. We just have to put everything into practice at a higher level.

“The excitement is huge. Cool opponents, a 9pm kick-off this time, properly floodlit. I agree with the coach – we want to win!”

Antonio Conte (Tottenham coach): “The fans have to be fans. The fans is the fans, I understand they can think everything, but I see every day what happens during the training session. I try to do the best for the team. If they trust me, then they trust me, but the choices are mine. If I didn’t decide to pick one player, it’s maybe because he’s not ready.

“No, I think that for the characteristics of the players we have to defend situations, and if we were able to exploit the situation, especially final passes, we would have been able to score many goals against Arsenal.

“Instead, we made really bad mistakes for the final passes because we had the opportunity to go one-to-one but every team has to think and understand the way to play different games.” 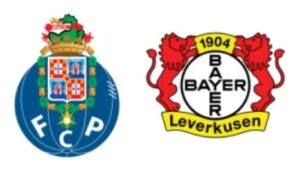 Sergio Conceicao (Porto coach): “I’ve heard people talk about our game with Brugge, where we weren’t like ourselves and there was a lot we didn’t do right. Tomorrow, we play against an opponent who played an excellent match against Atlético de Madrid in the last game.

“I think their league position does not reflect at all the quality of Leverkusen, a very strong team at all times of the game and they face high-level weekly challenges because for me the German league is the best in the world. it will be a difficult game; the players have to understand the opponent they will face. The last results in the Champions cannot make us rush our approach.

“Our state of mind is that we experience finals here daily. Each training session is a challenge, the players challenge us to be better than we were yesterday and the pressure of coaching a club of this magnitude is daily.

“Obviously, it is an important game, and we have to win, otherwise we will be in a very difficult situation, but we are used to these types of situations. I think it’s good to have finals every three days.”

Pepe (Porto winger): “We want to do a good job. We are very focused on the Bayer team, which is very qualified, has great players and so we will have to do our best to get the three points.

““We’ve had a very positive result against a direct opponent in the championship [Braga], but now we are in the Champions League, and we know that we will face a competent team with a lot of quality. We have to stay connected from start to finish if we want to win three points.”

Gerardo Seoane (Leverkusen coach): “Anyone can beat anyone in this group. In my opinion it will be a very balanced, close game.

“We always have open discussions internally and communicate as clearly as possible. I’ve been in this business for a long time, the most important thing is always the results and the next game. My job is to coach the team and draw the right conclusions after a defeat.

“That’s what I’m concentrating on. I think it’s professional that the club keeps reassessing the situation so as not to lose sight of the big picture. The club gave me their trust, otherwise I wouldn’t be here anymore. It is understandable that journalists keep asking these questions. I can handle that.”

Edmond Tapsoba (Leverkusen defender): “Porto is a great club and the atmosphere in their stadium is special. A few days ago, they clearly beat Braga 4-1, I watched the game. They have a good team with a dangerous attack. But it is also clear that we’ve come here to win.”

It all turned out fine in the end, but Wolfsburg had to rely on an additional Europa League spot being freed up by both Bayer Leverkusen and Bayern Munich contesting the DFB Pokal to really […]

A lot has been written about Bayern Munich summer signing Sadio Mané and his suitability in the Bavarian’s line-up, but Sport 1 journalist Alex Steudel has taken the use of idioms to the extreme by […]

Crisis? What crisis? Bayern Munich sent out a real message to all the doom-mongers and naysayers who were talking of a mini crisis at the club by blowing Bayer Leverkusen away at the Allianz Arena […]