The Champions League is back this week with the third matchday of the group stage and the various trainers and players have been giving their opinions on the upcoming matches. Here’s a summary of what the main protagonists have had to say ahead of the midweek European action.

Marco Rose (Leipzig coach): “You have to say: It’s great fun to watch Celtic Glasgow – especially their Japanese players. We pointed them out explicitly in the pre-season. It’s very noticeable how strongly these guys shape the game. They’re small, bustling and extremely uncomfortable, especially in one-on-ones – they also have a great mentality and are also quite good at shooting. They can decide the game with their individual actions.

“Overall, however, Celtic have a very exciting and above all a clear game plan. Similar to us, they try to interpret football actively, to align the game offensively and to put the opponent under pressure. The team has a very high willingness to perform and is also very hard-working. Ange Postecoglou is doing a really good job at a great club.

“We haven’t scored enough points so far and now we have to score points on Wednesday. We’re looking forward to the duel, to a full house, to the anthem. We want to continue to play in the UEFA Champions League, to do that, we have to show attitude against Celtic and, like against Borussia Dortmund and VfL Bochum, we have to play well at home.

“If we play with a lot of energy, power, and passion and with courageous football, there is a high probability that we will reward ourselves with the three points. If that’s not the case, it will be very difficult to get through this group stage.”

Dominik Szoboszlai (Leipzig midfielder): “It’s always an honour to play in the UEFA Champions League. Knowing our team, against Celtic we will give our all, be there for each other and fight!

“Unfortunately, we haven’t managed to score points yet and are therefore at zero, but nothing is lost yet. We still have the chance to progress and that is of course our goal!

“The results show: We’ve evolved. We’ve become more mature and versatile. But we don’t want to talk about the past anymore. We learned from the last home defeat in the Champions League against Shakhtar Donetsk. We have to go into the game at 100 percent on Wednesday. And we will do that too!

“The most important thing will be that everyone fights for everyone and does their best, then the corresponding results will come.”

Ange Postecoglu (Celtic manager): “I guess for the players, that initial excitement in the first game, the buzz of being in the Champions League, particularly here at home playing against Real Madrid was fantastic, but now we’ve done that it’s about ‘let’s make an impact at that level’.

“So, it doesn’t mean the challenge is getting any easier, because Leipzig away is a pretty tough challenge, but, as I said now, it’s about really wanting us to be present at that stage, to be competitive at that stage and growing every time we’re out there.

“They had a little bit of a disrupted start to the season. But the change of manager seems to have sparked them a little bit. All the traditional trademarks of their football are there, they’ve got a lot of speed, very dynamic and in terms of transition football they’re quick.

“When you’re playing away in the Champions League there’s always a massive challenge to overcome those hurdles. But I think it will be a good game for us to measure our football, measure ourselves and we’ll be ready for it.” 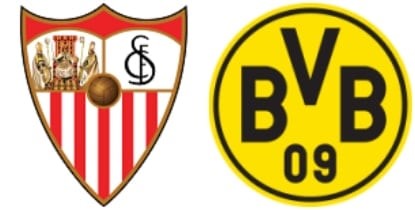 Julen Lopetegui (Sevilla coach): “We have our minds focused on a high-stakes, exciting match against an important opponent. We have earned the right to play and fight for the three points. The squad is concentrated and focused on the only important thing, which is to play in a Champions League match and to give our fans something to cheer about, which is what they deserve.

“I’m on the same page as the players. I’m excited and focused on my main role which is to encourage, train and mentally prepare an excellent group of players and to aid them in finding the way out of our rough patch. That’s what we’ve done in the 169 games we’ve played so far, and nothing is going to change in game 170, preparing ourselves with energy, enthusiasm and doing our best. That’s what we’re going to do, without a doubt.

“They are an excellent opponent; they are more united as a team than when Haaland was there. They are playing well despite some poor results. They are Germany’s finest alongside Bayern. The important thing is what they will find out tomorrow, that we will have an answer to their style of play, and we can use what we have to give ourselves the best possible chance of winning.

“Out of respect for my main role I’m not going to give my opinion on what has happened in recent months. I prefer to focus on my role of coaching a great club like Sevilla. 170 games at a team as demanding as Sevilla is no mean feat, nor is achieving what we have. I’m not going to change my opinion or my attitude, I will continue to trust in the process because I have to live up to the demands of the club and the fans, who deserve the best from all those in charge of this club.

“I’m going to do my best in what I do and my matchday role. There have been 169 games so far and tomorrow we are going to do it again. I prefer to focus on the role that I have.”

Nemanja Gudelj (Sevilla midfielder): “We’re really looking forward to it, it’s a very important game against a very good team who know what they’re doing, and we’re going to have to be well prepared and up for it in front of our fans. We’re playing at home, and we need to give the fans what they deserve, but also what we’ve been missing ourselves.

“I’ve always said that I’ll be there when I’m needed, and the time has come when I’m needed in a lot of games. From the moment you wake up, you have to be ready, and I always try to be. We are focused on the game, and this is not the first difficult period we have faced. We’ve always come back stronger and I’m sure we’ll do it again. I don’t let anything get to me from outside, we play every two or three days, we analyse the next game and that’s how it is.”

Edin Terzic (Dortmund coach): “To make it to the knockout stage, we’ll most likely need to get ten points. We have three now – and four more opportunities to pick up points. The Champions League is not a forgiving place to be. We need to get points in both games against Sevilla.

“Sevilla have huge potential. They have been one of the most successful clubs in Europe over the last ten years. And they have the chance tomorrow to get their Champions League campaign up and running. We are prepared for a Sevilla team at the top of their game. We have the utmost respect for the club, for the team, for the coach. If we give anything less than 100 percent, we’ll lose.”

Julian Brandt (Dortmund midfielder): “Every Champions League match is critical for us if we want to progress. We’ll approach this game like any other. We want to get a win tomorrow.

“Sevilla may have their backs to the wall, but two years ago we faced an incredibly tough opponent here, who demanded everything of us. If we don’t manage to be at the top of our game, it will be an extremely difficult game for us, regardless of how things stand in the group table.”

For those people waiting for the Union Berlin bubble to burst, you might have to wait a bit longer. Sitting top of the Bundesliga table die Eisernen ensured they will still be in European competition […]

Five Questions Ahead of Bundesliga Matchday 5

August is past and the autumnal days of September lie in front of us. Following on from another action-packed matchday 4 comes Bundesliga matchday 5 and there are a number of talking points to consider […]