All rivalries have to start somewhere and although the fierce rivalry between Bayern Munich and Borussia didn’t really manifest itself until the 1990’s with BVB’s increased success, the first meeting of the two occurred back in the 1960’s in the Bundesliga’s infancy.

The encounter between the Bavarians and the Ruhr side occurred in the third Bundesliga season with Bayern having controversially been denied entry to the inaugural season in 1963-64. They soon played their way into the topflight and went into the 1965-66 season as one of the favourites.

After losing their opening fixture to city rivals 1860, Bayern went on a six-game winning streak in which they scored 21 goals and conceded just four. Matchday 8 on October 16th, 1965 brought the visit of Borussia Dortmund, who had won the DFB Pokal in the previous season and who themselves had gone unbeaten following an opening day defeat to Eintracht Braunschweig.

The game played in front of a sold-out 45,00 at the Stadion an der Grünwalder Straße saw the visitors emerge as 2-0 winners thanks to a goal in each half from Reinhold Wosab. Bayern however wasted the chance to equalise on the hour mark when Hans Tilkowski saved a penalty from Franz Beckenbauer. 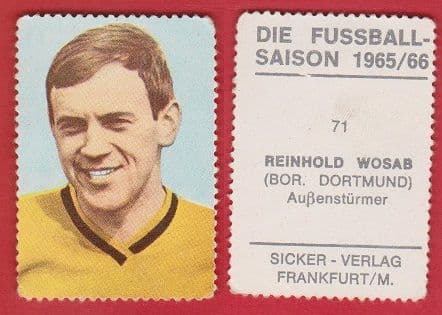 So, the first-ever Bundesliga clash between the Bayern and Dortmund ended in victory for the Schwarzgelben. The return fixture at BVB’s Stadion Rote Erde in March 1966 also ended in triumph for Dortmund with a 3-0 win.

The two sides ended up tied as runners-up behind champions 1860 Munich, although Dortmund’s superior goal difference saw them take second spot. BVB also went on to win the Cup Winners Cup against Liverpool in the final played in Glasgow.

The main rivalry back then was 1860 for Bayern and Schalke for Dortmund, but the modern day Klassiker now sees Germany’s two biggest clubs going head-to-head for Bundesliga glory.

A week after the last round of fixtures comes the return legs as the Champions League group stage starts really hotting up. The various trainers and players have been giving their opinions on the upcoming […]

Back to the Drawing Board for Terzic and Borussia Dortmund

Consecutive Bundesliga wins with clean sheets and a comfortable Champions League midweek victory had raised the levels of optimism at the Signal Iduna Park. A lacklustre display and a 3-0 defeat at RB Leipzig led […]