Another week and another defeat for Schalke 04 sees them drop into the bottom three in the Bundesliga. Whilst their lowly league position is a worry, perhaps more worrying is the style of play being employed and the attitude being shown. Passivity and a lack of drive could be the Königsblauen’s undoing.

A quick glance at the league table sees fellow promoted side Werder Bremen up in fourth and making a more than acceptable start to life back in the topflight after a year away. Schalke on the other hand are perilously close to the bottom and in danger of spending the season involved in a relegation dogfight.

Werder’s approach is positive, cavalier at times (see their defeat at home to Frankfurt) and attracting admirers. Schalke on the flipside seem to have a rather more negative approach to games, are set-up first and foremost not to lose and are not as easy on the eye. It’s an approach that is also not gaining the points that Bremen are.

This season Schalke have come across as quite passive in games, more concerned with stopping their opponent than pushing the game the way they want to. The Revierderby was a case in point where they went for a goalless draw and were deserved of their defeat.

Obviously, the quality of players at your disposal determines the approach you take and man for man you would argue that BVB should be beating their rivals from the Veltins Arena. Against Bayer Leverkusen, they had no answer to the Werkself’s pace especially down the right-hand side with Jeremie Frimpong and Moussa Diaby.

But whereas with Werder Bremen Ole Werner looks to attack and utilise the Grün-Weißen’s strengths going forward, Frank Kramer’s side don’t show the same intent. Does this come down to an overarching negative philosophy?

After interim trainer Mike Büskens steered the club to promotion at the first time of asking, the club installed former Armina Bielefeld coach Frank Kramer for the new Bundesliga season. Kramer comes across as a coach with expertise at keeping clubs up, making the cut just above the danger zone, eking out points to reach the safety zone.

The trouble is this is Schalke and like Werder they are a big club, with a huge fanbase and equally large expectations as to what they expect to see. What is being served up is not the progressive football that excites. They seem to lack ideas. 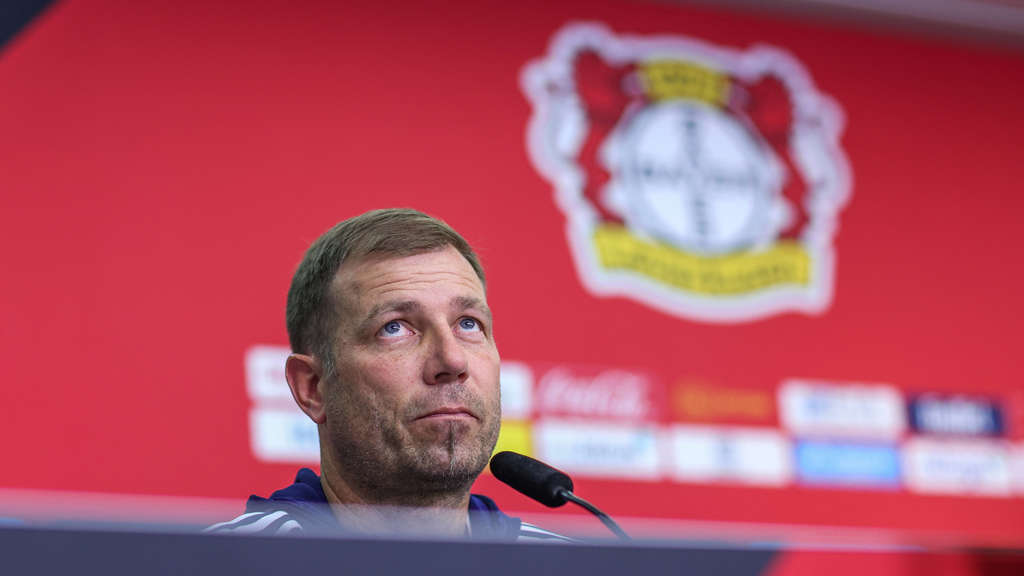 During the defeat to Leverkusen there were audible cries from the away end for Kramer to be fired. The feeling has also begun to be aired in the club’s leadership circles. “Our team’s performance today disappointed us immensely” sporting director Rouwen Schröder was quoted by WAZ after the match. “The coaching staff around Frank Kramer, the team, we are all challenged to show an improved performance in all respects against Hoffenheim.”

Without being the explicit ultimatum that Bayer Leverkusen CEO Fernando Carro issued Gerardo Seoane last week, it does sound like the club are putting a lot of stock in next week’s result against Hoffenheim, who they meet in the Bundesliga on Friday followed by a midweek DFB Pokal meeting,

What are the odds of Frank Kramer being in charge of both fixtures?

What Has Gone Wrong at Schalke?

The Rückrunde began so well for Schalke with a win over Borussia Mönchengladbach, but since then the Königsblauen have seen their season begin to fall apart with a winless run of nine games. Just what […]