A week after the last round of fixtures comes the return legs as the Champions League group stage starts really hotting up. The various trainers and players have been giving their opinions on the upcoming matches. Here’s a summary of what the main protagonists have had to say ahead of the midweek European action. 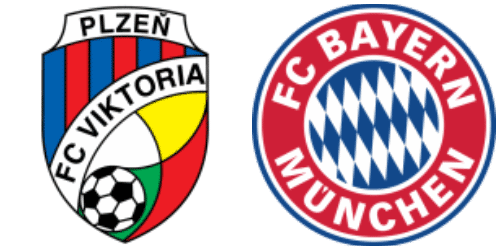 Michal Bilek (Plzeň coach): “In the first match, Bayern showed great strength in the transition to attack. After losing the ball, they launched lightning-quick counterattacks with five or six players. We will have to be very careful about that.

“As far as the defence is concerned, we mustn’t let them into quick transitions into the attack, they have enormous strength in that. We are playing at home, and we will want to play a better game and achieve a better result than last week. We will try to play bravely we want to threaten their goal.

“I expect our offence to be better than last week and to be a lot bolder. Bayern Munich is a huge brand and an important club, but we play at home, and we want to please our fans. Tomorrow’s match will be a huge event for all of Pilsen and we will do our best for the best possible result.”

Jan Kopic (Plzeň midfielder): “All big teams have great counterattacks, especially when we are deep under the ball. The most important thing is that we can lean on the striker before the other players complement him. We are doing well in the league, and we need it in tomorrow’s match as well.”

Julian Nagelsmann (Bayern trainer): “Predictability of the line-up is not a big problem for me. With twelve points, we would have a good starting position to reach the next round. That would give us the necessary rest, also for Sunday. This is an extremely important game for us. It’s up to us to maintain this haven of peace in the Champions League. Every one of my players wants to play tomorrow and Sunday. You always play a game to win it, no matter against whom.

Leon Goretzka (Bayern midfielder): “It’s an important game – no question! That doesn’t have much to do with the situation in the Bundesliga. We are highly motivated anyway. Things have gone very well in the Champions League so far, and we want to build on that and go home with 12 points.”

Xabi Alonso (Leverkusen trainer): “We have analysed the last game in detail. Porto have a very intense style of play and a very compact in defence. We’ll need another top performance.: “He [Sergio Conceicao] is the leader of that team and the whole club, his approach is securely embedded at FC Porto.

“The mood is good and preparations are going to plan. I sense great motivation and excitement ahead of the night amongst the players and their desire to test themselves at the highest level.

“The atmosphere, the floodlights, the fans – the Champions League simply is and remains the best competition. And we want to be part of it for as long as possible.”

Jonathan Tah (Leverkusen defender): “The new coach has watched us from afar and was able to make his own, new assessment of everything. So, this automatically brings new incentives and a wind of change.

“Of course, there are lots of areas where we need to improve. The important thing is all of us are accepting responsibility again – on and off the pitch. We’re expecting a difficult game against a strong opponent.”

Sergio Conceicao (Porto coach): “I see a group similar to last year, in which any team can progress. We’re in the fight thanks to the good victory in the Dragao. It will be a very difficult game that lies ahead but the Dragons will go into it with great hope, ready to fight until exhaustion to respect the history of FC Porto.”

Stephen Eustáquio (Porto midfielder): “It is a very important game for us, but we are prepared. We know that with the change of coach there is always that extra motivation and that they want to give an answer to what happened at Dragão, but we are here to defend our colors and we came here to win.

“We expect a more attacking Bayer, looking for the result. Playing at home they will feel a different security, they created some difficulties for us, they are physically strong, agile, very fast, with experience in the Champions League.

“With a lot of effort we managed to win the first game and tomorrow it will be more difficult. It was already so in theory, in practice it will also be. We come here to win and we want to get three points to add to the ones we already have. 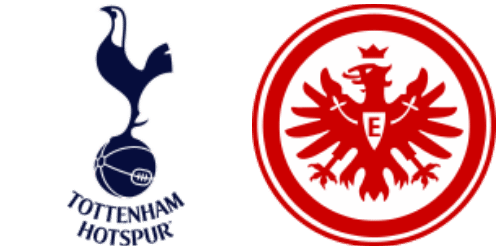 Antonio Conte (Tottenham coach): “For sure tomorrow is an important game for us. We’ve played three games and have four points. I always say this group has great balance. In every game you can get points or lose points.

Oliver Glasner (Frankfurt trainer): “We worked very hard on the first game. We have performed well in many areas. But we can do better, especially going forward. We want to do better tomorrow. Then we dare to win.

“We always have a good feeling away from home, we didn’t lose a game in Europe last season. The pitch is always very good in England, and so is the atmosphere. I’m confident that we’ll see a really good festival of football tomorrow.

“We always want to show our best performance. We didn’t manage that in Bochum. But I have no doubts about the character of the players that everyone will do their job again tomorrow. I want to stick behind it so that only the positive side of the diva from the Main comes to light.”

Makoto Hasebe (Frankfurt midfielder): “Spurs are of high quality we have to defend well as a team tomorrow. If we bring our performance, we can get something.

“It’s always fantastic here. We have a good feeling here because we’ve never lost here. Playing in London is always exciting. The experiences we’ve had against Arsenal, West Ham and Chelsea make me feel good about playing here.”

Matchday 6 of the Champions League group stage is upon us with Bayern and Dortmund already through but still all to play for the other Bundesliga participants. Here’s all you need to know about the […]