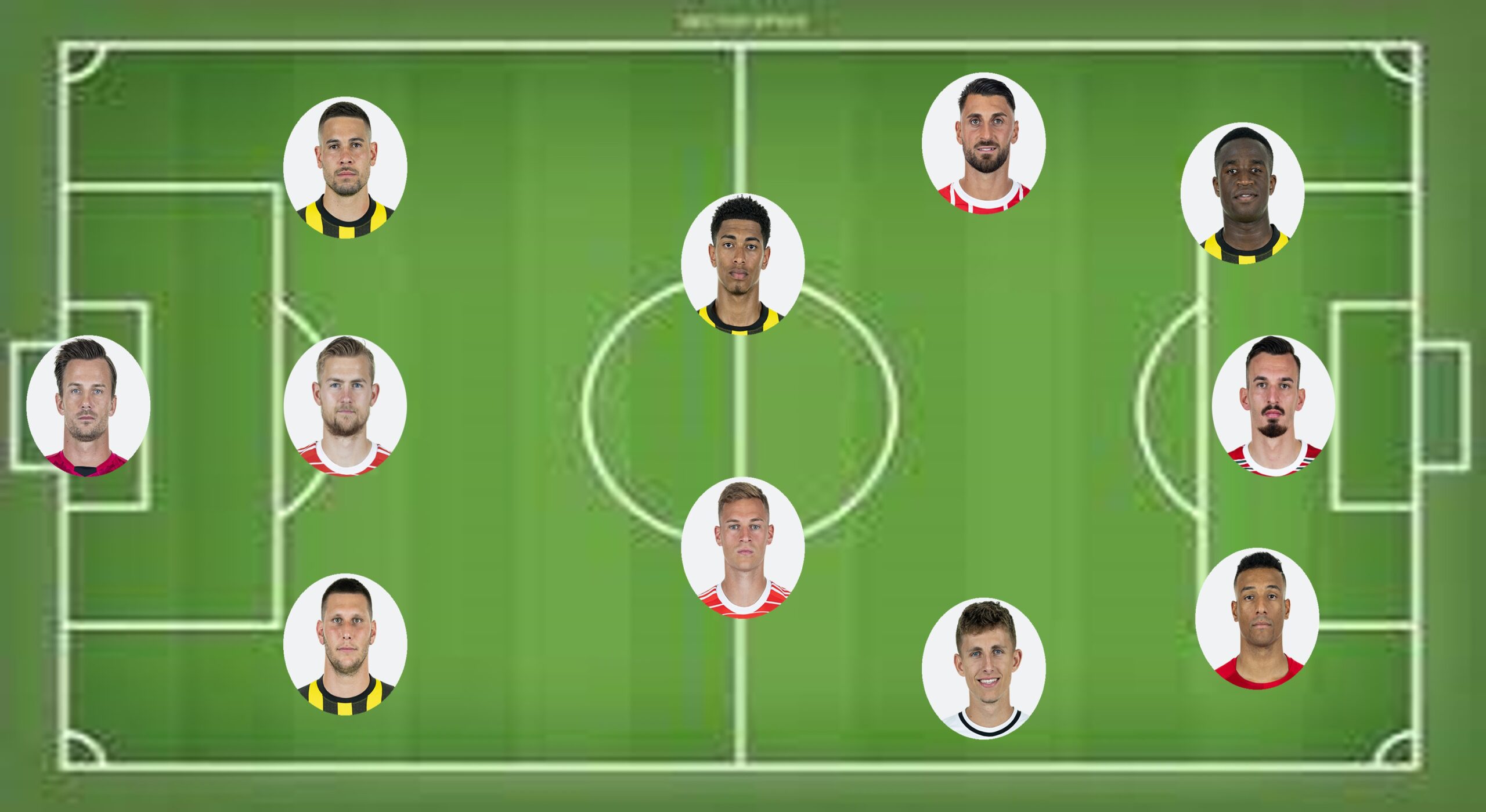 The Bochum custodian kept leaders Union Berlin at bay until the 93rd minute, but by then the bottom side has secured a huge win over the league leaders. He saved well from Jordan in the first half and then kept out Milos Pantovic’s penalty which stopped Union’s attempted comeback in its tracks.

Whether as a centre back or filling in as a right back, Süle is growing into his role in the BVB defence and added an attacking element against VfB Stuttgart. An assist for the first goal and scoring the second himself was a good start to a very good afternoon.

The young Dutch defender is really coming into his own with Lucas Hernandez being out injured and he has formed a good understanding with Dayot Upamecano. He was sound again against Hoffenheim with his tackling and passing.

Like Süle, the Portuguese full back enjoyed an effective afternoon as BVB had to respond to heavy criticism of their recent performances. Guerreiro provided the assists for Süle and Moukoko’s goals and was an outlet on the left.

The English midfielder started the midweek Pokal match on the bench before coming on in the second half to score from the penalty spot. The small rest seems to have done him good with a top performance against Stuttgart with his first brace for BVB. Every week the headlines involve him, and his market value soars.

Kimmich did what Kimmich always does. Another complete midfield performance both defensively and going forward. Enough said.

Grifo became the all-time leading Italian scorer in the Bundesliga overtaking Luca Toni, who had 38 goals. His penalty against Werder Bremen was his 39th in his career and helped Freiburg to a 2-0 win.

A second successive appearance in the Team of the Week for Frankfurt’s Danish midfielder. He was instrumental in the 3-1 win over Gladbach on Saturday scoring twice in the first half to silence the Borussia Park.

Augsburg are simply a better side when Berisha is in the side. Suspension and injury have kept him out of some recent games, but on Saturday he made a scoring return stroking home a penalty for his second of the season- there will be more no doubt.

After a bit of a goal drought, Onisiwo was back on target in the 5-0 win over Köln and was involved in some way in all five of the home side’s goals. “Unbelievable” was the description attached by sporting director martin Schmidt and he wasn’t far wrong.

The time of persevering with Anthony Modeste looks to be over as Moukoko has grabbed his chance with both hands and is starting to score regularly for BVB. His latest impressive appearance as a starter came in the win over Stuttgart where he provided the assist for Giovanni Reyna’s goal before half time before adding the fifth himself later on.

So, Bayern claimed their eighth title in succession with Robert Lewandowski banging in 34 goals and Thomas Müller leading the league with 21 assists. Now we all like a good stat, so here at the […]

Bundesliga Team of the Week Matchday 4

Yann Sommer  The Gladbach goalkeeper set a new Bundesliga goalkeeping record with 19 saves to deny Bayern Munich a win their attacking fervour probably deserved. Time after time Sommer pulled off a top save to […]