The penultimate round of Champions League group stage fixtures are upon us with Borussia Dortmund hosting Manchester City and RB Leipzig entertaining holders Real Madrid on Tuesday. Here’s a summary of what the main protagonists have had to say ahead of the midweek European action.

Edin Terzic: “We know that the game [Sevilla v Copenhagen] is taking place before ours, but it is not within our power to influence the match. We’ve already decided the head-to-head battle with Sevilla in our favour. Next week we will take care of Copenhagen. Tomorrow’s task is Manchester City.

“In all three matches, we produced a good performance up to a certain point. It was not sufficient in the last match because we only defended the goal properly up until the 80th minute. We need to be ready to produce this performance once again, to top it and then to see it through. We need to finish off our chances more consistently, even when our legs get tired at some point. That’s our intention.

“It’s good to see what we can play football like that [v VfB Stuttgart]. But we have a different challenge awaiting us tomorrow, which is why we will focus more on the match in Manchester in order to raise the lads’ awareness. It’ll be a different challenge tomorrow, but we’ll need the same conviction that we showed in Manchester and against VfB Stuttgart on Saturday.”

Pep Guardiola: “It is a fantastic stadium – everyone knows it – the atmosphere and the attractive football they play. When I was here in Germany, I played against Jurgen Klopp, and Thomas Tuchel and it was top. Fantastic atmosphere and stadium – happy to come back here.

“We know how difficult it will be. Medium block, ability to counter, or more aggressive. It will be a tough, tough game, we know it. We are already qualified, and this is the most important thing. Especially with the World Cup but we feel it is important to finish on top of the group.”

Ruben Dias: “In the end it is another challenge. To be training with some of the best opponents in the world. Even if you have all the routines in training, when you actually play it can be different. The way we work together – I might play on the left or right, then you can play two games and the third you’re not playing – that reveals the amount of quality we have.

“And the mentality we have – whatever happens we keep going. The main thing is for the team to be successful, and we have that in our mind always.” 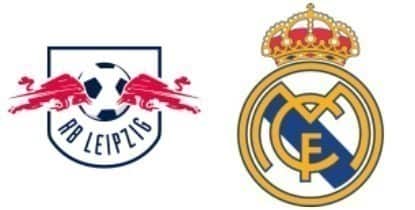 Marco Rose: “Real Madrid are a team that prefer having the ball than not. It’s a lot of hard work to match them, both in and out of possession. Given their quality, winning the ball high up the pitch will be difficult. They’ll try to play in a way that creates spaces and drag us out of position to try and get their fast wingers into the game.

“That means that we have to remain compact, while being active at the same time. When we get the opportunities to his them on the counter, we have to take them.

Willi Orban: “I don’t think we have any defensive problems just because of the goals we’ve conceded. We defended brilliantly for 80 minutes in the reverse fixture. Tuesday will be a similar game. We know about Real Madrid’s qualities, and we also know that we need to be brilliant for 90 minutes.

“We have to be efficient and take our chances. If we do that, we have a chance to win. I feel really good. The older I get, the easier it is on my body. This season has been a bit more unique than normal. I’ll have time to relax a bit in November. I enjoy playing more than training.”

Carlo Ancelotti: “The aim for tomorrow is to finish top of the group. We’ve got the chance to do it and we’re focussed. We have to put on a good performance to be able to forget about this stage.

“This is a very intense period of the season, with games coming thick and fast. There are too many for me. We’re handling it well, but, like all teams do, we have some injuries and players out. This is normal when you always play every three days.

“They’ve [Leipzig] got really good players. I’ve been following the Hungry national team as their coach is Italian and they’re doing a fantastic job. Szoboszlai is a really strong player, with great quality, and he’s going to be important in the game tomorrow.”

Antonio Rüdiger: “I’ve had no previous contact with Leipzig, but we’re going to talk after the game. They’re a side who play at high intensity, with very promising young players and a great attacking player in Timo Werner. I know how good he is, and I hope he shows his quality in the World Cup and not tomorrow.”

With the draw having been made for the last-16 of this season’s Champions League, the four Bundesliga participants have discovered their fates. What does everyone make of the pairings? Bayern Munich v Paris St. Germain […]