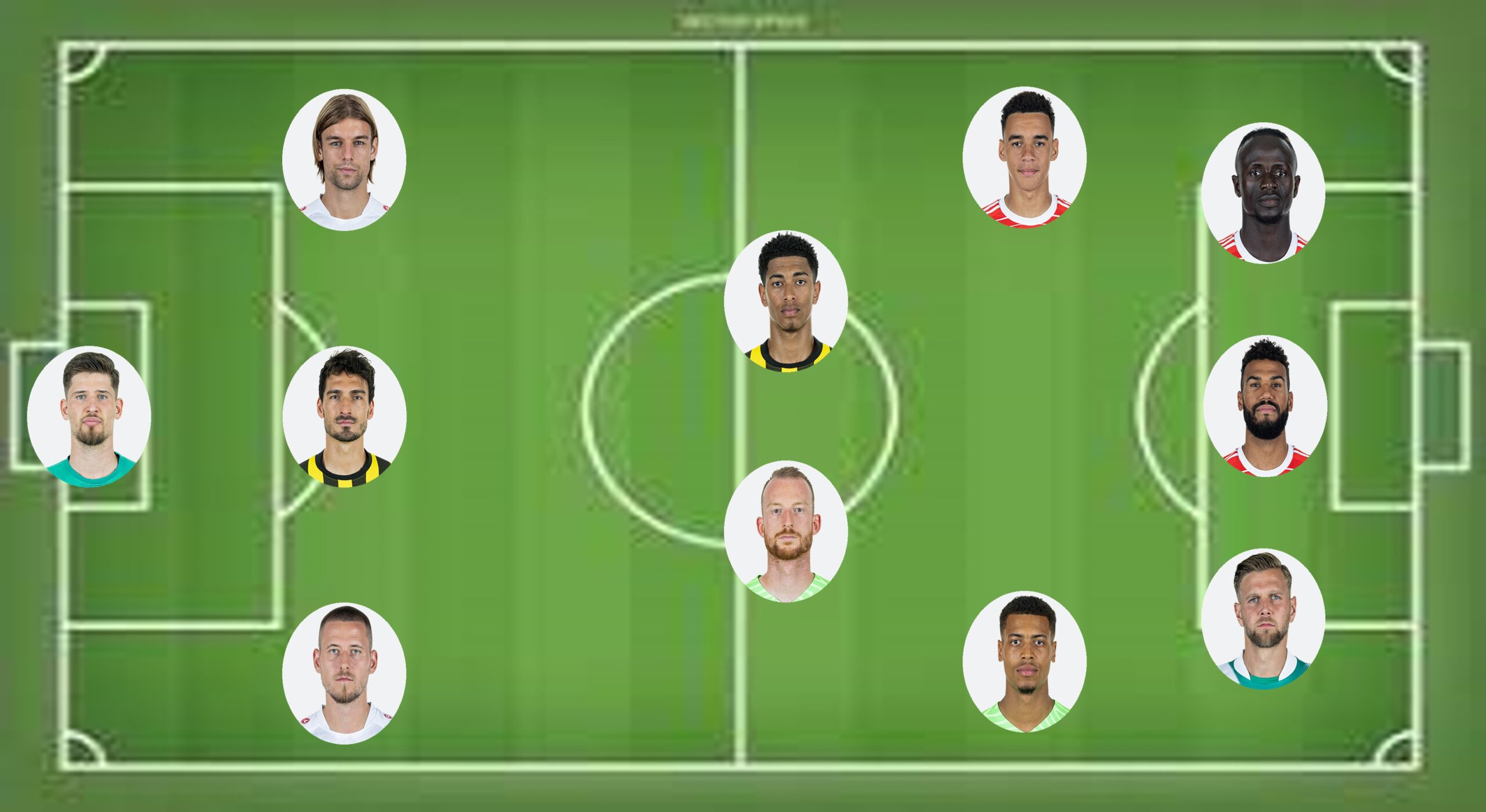 After his poor display against Union Berlin, BVB keeper has had a point to prove and against Eintracht Frankfurt he continued to show what a great goalkeeper he can be with a string of saves to deny the Adler. He was the winner in one-on-one situations as well as producing saves on his line. Had the controversial penalty been given, chances are he would have saved it.

The delivery from Sosa on the left is so reliable that the likes of Serhou Guirassy just have to be in the right place to profit from his crosses. It was this route that brought the equaliser, and it was no wonder that a host of clubs were after the fullback in the winter transfer window. They will be back.

Despite the mona of recent weeks, Hummels led by example against Frankfurt and was a big factor in keeping the dangerous front three of Götze, Lindström and Kolo Muani relatively quiet. Experience and leadership being shown just as Hansi Flick finalises his World Cup squad. Perfect timing!

Solid at the back at set the tone for VfB’s comeback from the early goal from Florian Niederlechner, which was down to Dan-Azel Zagadou (who he helped through the game). He then appeared in a forward position in stoppage time to fire in the winner.

You could see what his goal meant to him against Frankfurt at the Deutsche Bank Arena. It was a just reward for his efforts at driving Dortmund forward and he was key to the three points. If he wasn’t good enough, he is now adding regular goals to his repertoire with three in two games now.

His two assists delivered with such pinpoint precision helped propel Wolfsburg to a healthy victory. The goals from Felix Nmecha were impressive, but the delivery was equally impressive as even though they knew what was coming, Bochum just couldn’t defend it.

Of the two Nmecha brothers in the VfL Wolfsburg line-up against Bochum, it was the younger Felix, who grabbed the headlines with his two goals. The fact that his brace were carbon copies of each other as he headed in beautifully delivered free kicks from Maxi Arnold not bother him or coach Niko Kovac.

The 22-year-old is now one goal behind brother Lukas, who has three Bundesliga goals so far. There has to be a bet going between them as to which will finish with the highest tally.

Intelligence is allayed with fantastic technique in Musiala and its no wonder that he (like Joshua Kimmich and Bellingham) is a regular in our Team of the Week. He scored Bayern’s second and was a danger throughout. One of the youngest, but becoming one of the most important in Bayern’s squad.

Assisted for the first and the fourth Bayern goals and won and converted the penalty for 3-0. Mané still has things to work on but it was a good afternoon for the Senegalese forward as he tries to silence the critics.

Having made the long-list for the World Cup squad in midweek, Werder striker Niclas Füllkrug sent out another reminder that he is the in-form German striker of the moment with another goal to help Bremen beat Hertha Berlin. If there is a striker you’d want on the end of a cross in the final minutes to break the deadlock and win the game, then Füllkrug would be the perfect choice.

As the final cut approaches, form will count for a lot and the Bremen frontman is certainly in form and banging in the goals. The arguments for not taking him to Qatar are dwindling by the week.

Robert Lewandow-who? Choupo-Moting is making himself very hard to leave out of the Bayern line-up right now. Another goal and an assist helped Bayern to their 6-2 win over Mainz. Julian Nagelsmann’s Plan B is actually becoming more effective than his Plan A thanks to Choupo-Moting. Did someone mention a new contract?

As usual eleven spaces are not enough to accommodate all the top performances from Bundesliga matchday 12. Vincenzo Grifo almost made the team for the second successive week, while Timo Werner also came close. Serhou Guirassy could have been the third Stuttgart player in the Team of the Week, while both Mario Götze and Daichi Kamada impressed for Eintracht in their loss to BVB.

In defence Danilho Doeki’s match-winning header saw him close and Dayot Upamecano was in fine form for Bayern. Joshua Kimmich again as per usual was immense for Bayern. Midfielders Florian Kainz and Dominik Szoboszlai were also under serious consideration for inclusion.

The Winners and Losers from Bundesliga Matchday 2

Hot on the heels of matchday one came the second weekend of the new Bundesliga season and as usual we were treated to superb atmosphere, top talent, great goals, and entertainment galore. So just who […]