Matchday 6 of the Champions League group stage is upon us with Bayern and Dortmund already through but still all to play for the other Bundesliga participants. Here’s all you need to know about the day of reckoning. 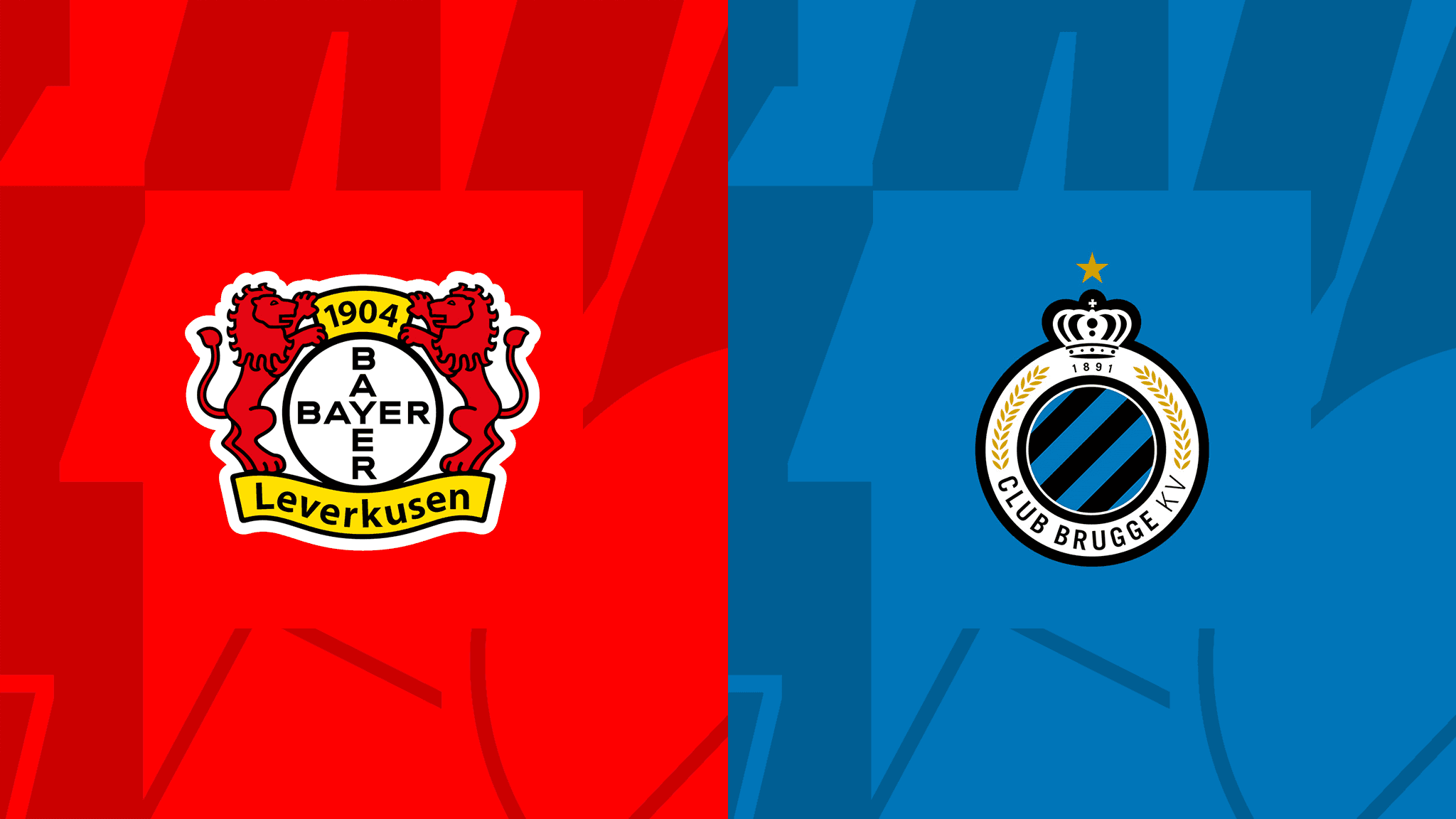 As a struggling Bayer Leverkusen host the surprise group leaders Brugge at the Bay Arena, they know that the absolute best they can hope for is a third-place finish and qualification for the next stage of the Europa League. For that to happen they need to win and hope that Atletico don’t, or they draw, and the Spaniards lose.

On current form and looking at how good the Belgian side have been performing, even finishing third is going to be a big ask for the German side. Xabi Alonso had the initial high with his side’s win over Schalke in the league, but they have not been able to push on and the serious issues that led to Gerardo Seoane’s departure are still very much in view.

The Werkself lost at the weekend to RB Leipzig to keep them in 16th place in the Bundesliga. Brugge on the other hand are already through to the last-16 but will want to top the group. They have proved that the opening day win over Leverkusen was no flash in the pan and warmed up for the relatively short trip to Germany with a 4-2 win over Oostende at the weekend putting them third in the Jupiler League but eight points behind leaders Genk. They did however take their foot off the gas last time out losing 4-0 to Porto.

Player to watch: 23-year-old Spanish striker Ferran Jutglà has scored twice in the Champions League and has already bagged seven in eleven league appearances. The Leverkusen defence is far from watertight at the moment and the former Barcelona man will be looking to take full advantage. 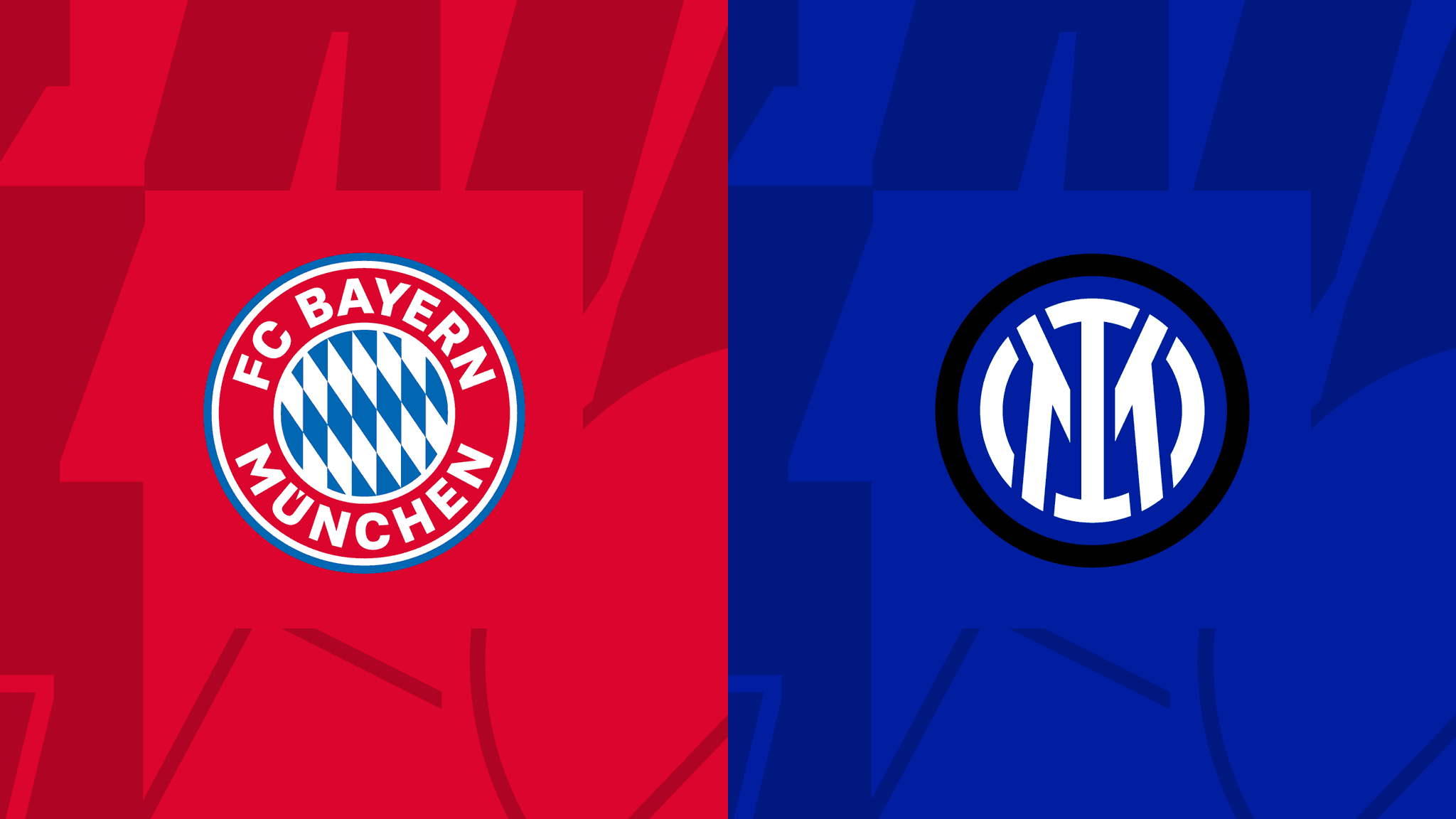 The way the group has panned out has not been what many feared with Bayern safely through before they even met Barcelona and Inter in their final two matches. With their place in the last sixteen secure, the only motivation for Bayern is to progress with a 100% record- something no doubt they are keen to do.

They beat the Italians pretty comfortably in the San Siro on matchday 1 but know the Milan club’s pride will mean a stern test on Tuesday. The extent to which both sides use rotation could be the deciding factor. A 3-0 win over Sampdoria at the weekend means the Nerazzurri have now won their last four Serie A outings while Bayern hit six past Mainz on Saturday to briefly gain the lead at the top of the Bundesliga (before Union reclaimed it on Sunday).

“They’re a very good team, like Barcelona” Julian Nagelsmann said on Monday. “It’s the little things that count. We were a bit lucky in the game against Barcelona. In the Champions League you don’t have that many games to make up for mistakes. Inter have very good players, good players who often playfully free themselves in tight spaces, so it wasn’t surprising to me.”

Player to watch: In a team full of internationals likely to appear at the World Cup in a few weeks, Inter’s squad (like Bayern’s) has plenty of individual quality. Sadly, Italy are not going to be in Qatar which means midfielder Nicolò Barella won’t be on display, but he has been one of their better performers in the Italian League and will be relishing the clash with Bayern’s Joshua Kimmich. 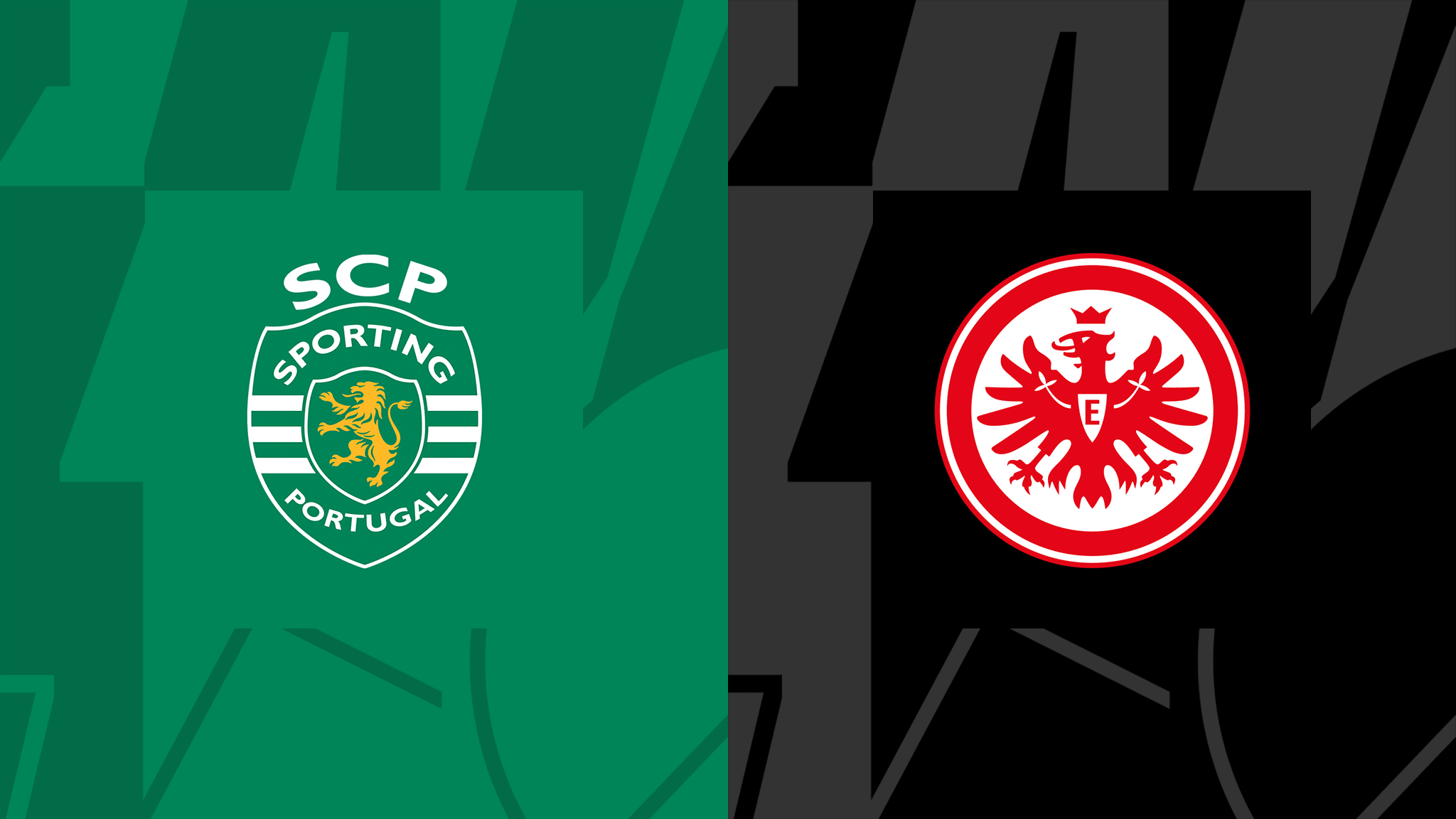 To say that group D is wide open would be a huge understatement. On the final matchday it is still possible for Eintracht Frankfurt to finish top of the group, but there are permutations that would see the Adler finish bottom and exit from European competition completely.

If they win their mini final against Sporting at the José Alvalade Stadium they will go through to the last-16. Their loss on matchday 1 on their Champions League debut now seems an age away and Oliver Glasner’s side will want to avenge that defeat and make sure the European adventure continues. Sporting were beaten at home by Marseille and this group has shown that anyone can beat anyone.

The Portuguese side lost away at Arouca at the weekend and are already a massive twelve points behind leaders Benfica in the league. Frankfurt went down to a 2-1 home defeat to fellow Champions League challengers Dortmund, but form might very well go out of the window in this winner-takes-all mini- Champions League final.

Player to watch: With six goals and three assists thus far in the league, 28-year-old midfielder Pote is one of Sporting’s in form players, but as yet he’s not scored in the Champions League- something that Frankfurt will want to see continue. 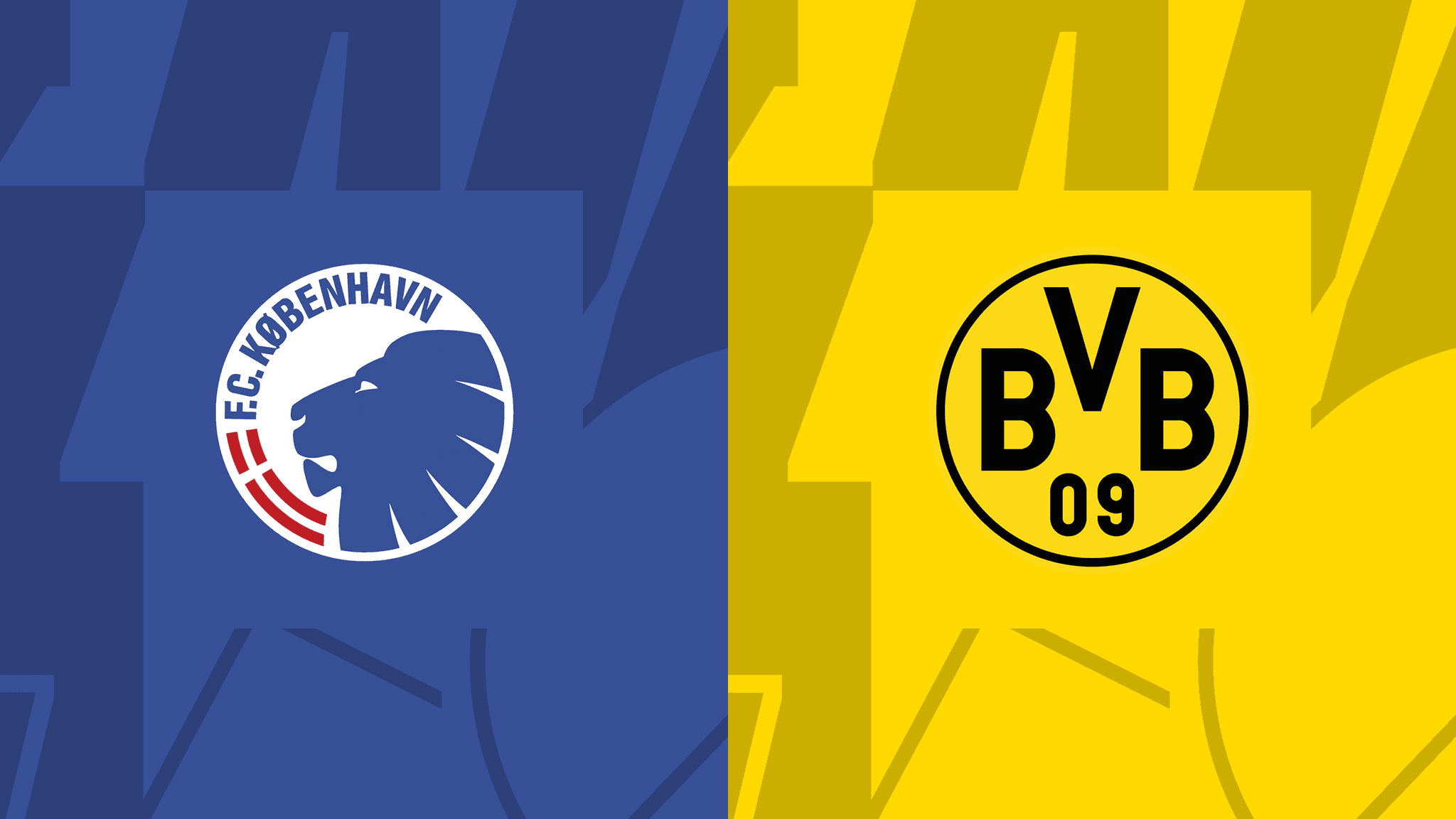 BVB’s hard-fought goalless draw with Manchester City on matchday five means they are already through as runners-up so don’t need to sweat it too much on their trip to the Danish capital. That said, they do need to carry on their recent improvement in performance and another win over Copenhagen could do wonders for their confidence.

The Danes know that fourth spot is theirs so could go out with a bang and a famous win over their German counterparts. They have yet to win a group G fixture so far and the scalp of the Schwarzgelben would be one they would cherish.

Edin Terzic saw his side perform well at the weekend to beat Eintracht Frankfurt, whereas Copenhagen ended a run of three successive draws when beating Randers 2-0 on Saturday. They are still ten points behind Danish league leaders FC Nordsjaelland.

Player to watch: For FC Copenhagen players the Champions League offers a shop window for their talents and a possible move to bigger and better things. One such player looking to advertise his wares is 19-year-old defender Victor Kristiansen. Helping to keep Borussia Dortmund’s attackers quiet could add to the interest in him and any transfer fee he could generate in the future. 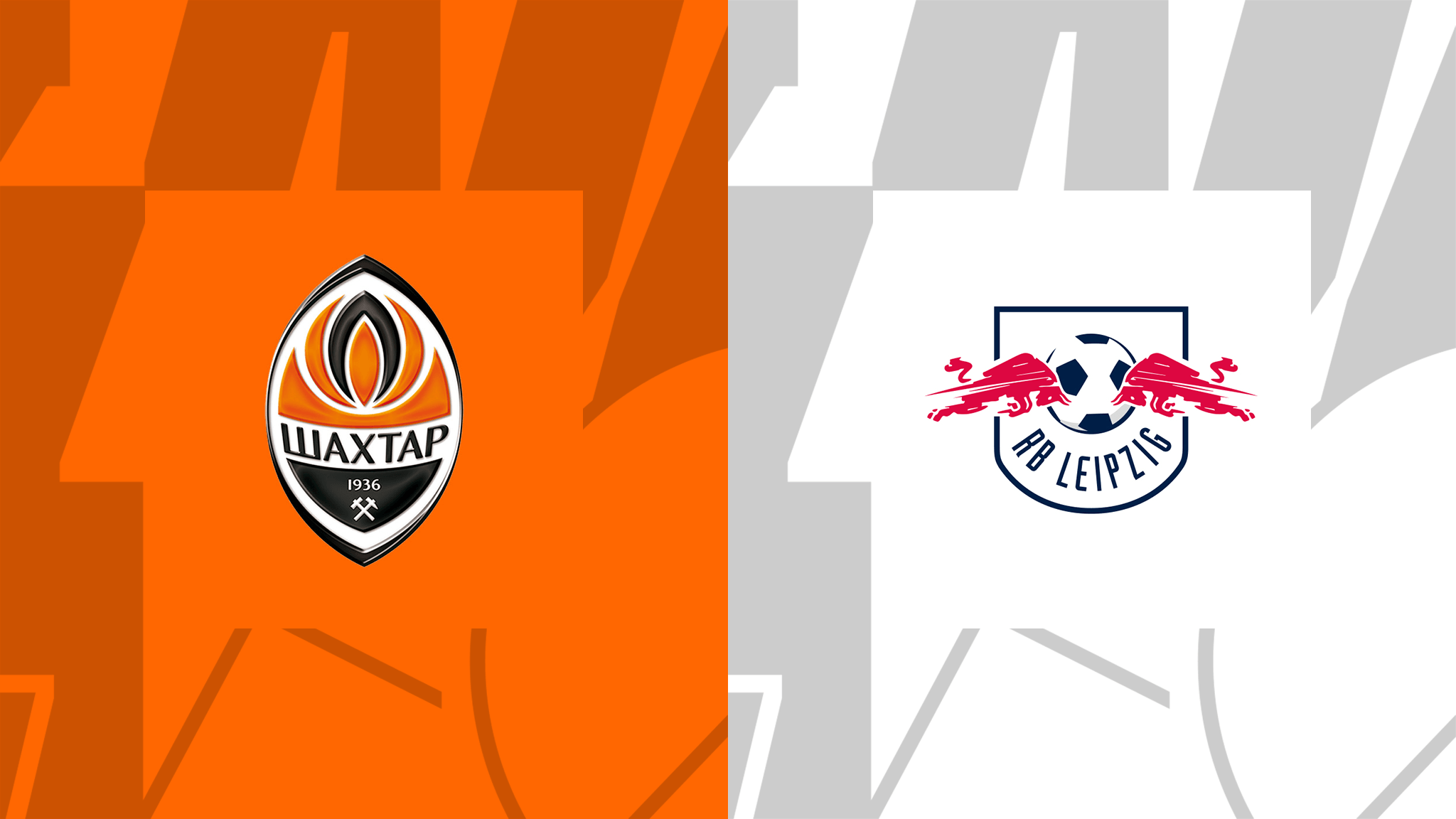 As is the case with Eintracht Frankfurt, RB Leipzig face their own min-final when they face Shakhtar Donetsk in Warsaw. In effect the winner goes through to the last-16 with the loser into the Europa League, although a draw will be enough to see die Roten Bullen through.

The performances of the Ukrainians have been nothing short of epic considering the conditions they are playing under with their country under daily attack by Russia and they very nearly caused a huge upset by beating Real Madrid. The fact that that is exactly what Leipzig did on matchday 5 has put them in the driving seat, but the romance of football will have many neutral observers rooting for Shakhtar on Wednesday.

Player to watch: Winger Mykhaylo Mudryk continues to be heavily linked with a move to Arsenal, who rate the Ukrainian higher than Manchester United’s Anthony. He has already shown his talent in the Champions League and would love to increase his transfer worth by helping to propel Shakhtar into the last-16 at RB Leipzig’s expense.

Did Bayer Leverkusen Capitulate or Were Bayern Just Too Good?

There is no shame attached to losing to Bayern at the Allianz Arena as it happens to so many teams, but Bayer Leverkusen were ruthlessly put to the sword on Friday by a Munich side […]

The ecstasy of winning the Revierderby against rivals Schalke was tempered at Borussia Dortmund by the agony suffered by captain Marco Reus as he was stretchered off in the first half. With just 64 days […]

Has the ‘Rebuild Am Main’ Started to Bloom This Spring?

In a two-part feature, Josh Henwood looks at the rebuild currently underway at Eintracht Frankfurt. First, at the progress of the rebuild in the Main-Metropole, and next week: a realistic blueprint to build further and […]