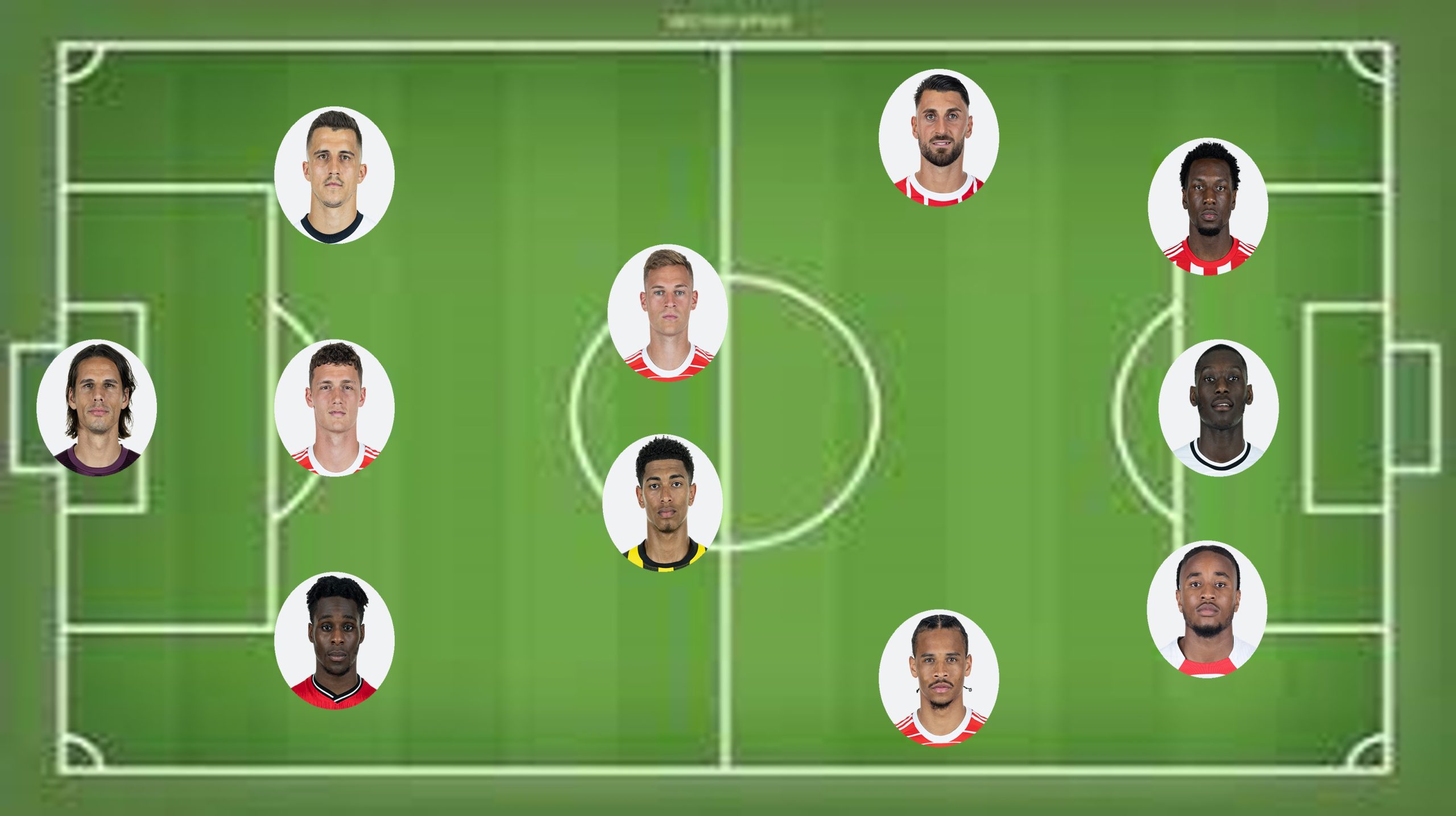 The Gladbach goalkeeper set a new Bundesliga goalkeeping record with 19 saves to deny Bayern Munich a win their attacking fervour probably deserved. Time after time Sommer pulled off a top save to deny the hosts before he was finally beaten by Leroy Sané.

After 90 minutes of almost perfection in terms of shot stopping, the praise was understandably quick to arrive. “We know what a great goalkeeper we have in Yann Sommer, so we can afford to let them have the odd shot” Christoph Kramer explained. “He put in an extraordinary performance today.”

Coach Daniel Farke was equally impressed saying: “It was a world-class performance from Yann Sommer tonight. That’s exactly what you need in order to take points away at Bayern München. Together with Manuel Neuer, Yann is one of the best goalkeepers in the Bundesliga, as well as internationally. We’re very glad to have him as our number 1.”

At times against Borussia Dortmund on Saturday, Kempf acted as a one-man Berlin Wall to keep the ball from the Hertha goal. He produced 4 blocks and 3 clearances, while also making 3 interceptions and 4 recoveries. He cleared the ball off the line once to save a certain goal and will be disappointed to have left the Olympiastadion with a loss thanks to Anthony Modeste’s solitary header.

An early regular in the Fanatic Team of the Week, Pavard just looks a class act that is producing world class displays as a matter of course. He reached 100 touches against Gladbach in the 1-1 draw and made 13 passes into the final third. From right-back he had 4 shots on target as he looked to be the player to finally beat Yann Sommer. At the moment he must be one of the first names down when Julain Nagelsmann picks his back four.

Two goals were the stand-out headline for Jeremie Frimpong as Bayer Leverkusen finally ended their losing streak. His pace alongside Moussa Diaby led to his first goal as he kept up with the speedy winger on the counter, but he created and finished his second and Bayer’s third by himself.

Like Pavard, Kimmich is a regular in the Team of the Week, but on the form he is in it is near impossible to leave him out. A Rolls Royce of a midfielder who does all the simple stuff so easily and provides the drive from the centre of the park that inspires the attacking four or five. After watching another Kimmich masterclass, how can you leave him out of the weekend’s best team?

Still just 19-years-old, Bellingham is already showing the maturity and leadership of a much older, experienced head. Against Hertha he showed desire (although a few tackles were misjudged), drive and seemed to be playing a holding midfield role and an attacking one in the same breath. Having Salih Özcan alongside him making a fine debut helped, but Bellingahm once again showed what a class act he already is.

Despite missing the original penalty and then seeing his first rebounded attempt saved, Vincenzo Grifo bundled the ball in eventually to beat Manuel Riemann against Bochum in the rain on Friday. The Italian midfielder already now has 3 goals in four games and is clearly enjoying his football at Freiburg as they look to build on the success of last season. He creates and now he is adding regular goals and not just stunning free-kick efforts.

The issue with Leroy Sané has always been attitude rather than talent and after last week’s excellent display against Bochum, the question was whether he could repeat the level he showed against Borussia Mönchengladbach in the weekend’s key fixture. He did and deservedly it was he who finally managed to score past the seemingly unbeatable Yann Sommer.

The continued impressive form shown by Union Berlin at the start of the season as they match Bayern Munich for points is inextricably linked to the form shown by forward Sheraldo Becker. Two more goals against Schalke takes his season tally to four and it seems that everything he touches turns to goals at the moment as he is also laying on assists for the likes of Jordan Pefok and on Saturday Sven Michel.

The free signing of Randal Kolo Muani might just go down as one of the best pieces of business done in the current transfer window, The signing from Nantes ran Werder ragged at times with his pace and direct running and was rewarded with a first-half goal to help put Eintracht in temporary control at the Weser Stadion. He is currently keeping Lucas Alario and Rafael Borré out of the line-up and justifiably on this form.

His two goals that downed VfL Wolfsburg on Saturday while not spectacular were nonetheless vital as RB Leipzig achieved their first win of the new season. Throughout the game at the Red Bull Arena, it was Nkunku who stood out as the major threat for the hosts and it came as no surprise that he was the one to get on the end of the ball when they scored.

As per usual there were more players worthy of a place in the Team of the Week than spaces. Manuel Riemann performed heroics for Bochum before eventually becoming the villain of the piece. Jonathan Tah impressed while Danilho Doekhi had a top debut for Union Berlin. Alphonso Davies did on the left what Benjamin Pavard did on the right for Bayern. Djibril Sow and Mario Götze had good games for Frankfurt as did Exequiel Palacios for Leverkusen. Sven Michel’s two late goals almost saw him make the team, while Salih Özcan’s long-awaited debut for Dortmund didn’t disappoint.

Bundesliga Team of the Week Matchday 11

Manuel Riemann (VfL Bochum) The Bochum custodian kept leaders Union Berlin at bay until the 93rd minute, but by then the bottom side has secured a huge win over the league leaders. He saved well […]

After receiving a chastening lesson from RB Leipzig at the weekend, Borussia Dortmund produced a top defensive performance and looked set for a shock win against Manchester City before late goals from John Stones and […]

Most of the posts I’ve read on social media in recent weeks concerning Bayern Munich midfielder Leon Goretzka have concerned the size of his biceps. Granted, he has undergone quite the physical transformation since his […]