RB Leipzig’s 4-1 Champions League defeat to Shakhtar Donetsk was the straw that broke the camel’s back, or more precisely the one led to coach Domenico Tedesco getting the sack. The club have moved quickly to install former Borussia Dortmund and Borussia Mönchengladbach trainer Marco Rose in Tedesco’s place. Bearing in mind the issues at Leipzig and the way things panned out for Rose at Dortmund, is he the right man for the job?

Rumour has it that the leadership of RB Leipzig were already considering alternatives to Domenico Tedesco after the 4-0 loss to Frankfurt and some even claim that CEO Oliver Mintzlaff had lost full confidence in the coach after less than optimistic comments prior to the DFB Pokal final win.

Whatever the ins and outs, the shock loss to Shakhtar made them act swiftly and a change in the dugout has been initiated. Often in these cases the biggest unemployed name waiting in the wings becomes the go-to-guy and in this case, Marco Rose fills that role. However, a quick analysis of what went wrong for him at the Signal Iduna Park in his one season there poses some worrying questions.

He arrived at Dortmund with a glowing reputation from Gladbach, although after announcing his intention to leave quite early on in his final season, things did turn sour for him with die Fohlen. At BVB however he failed to address the urgent issues facing the team and never really convinced. Dortmund needed to tighten things up at the back as a priority, but the defensive record in the club’s opening fixtures continued to be worrying. BVB were poor at defending in transition and Rose did little to rectify this. Leipzig this season have looked very susceptible to the counter as both Union Berlin and Shakhtar have shown.

Dortmund was very much a collection of well performing individuals (Jude Bellingham, Julian Brandt, Marco Reus) but Rose struggled to form a cohesive unit that adhered to an overarching tactical plan. One of the criticisms being levelled at the current Leipzig squad is that a clique of ‘I’ and ‘me’ has taken over with little control to supress them. Will the same issue be a stumbling block for Rose at the Red Bull Arena?

When it came to the crunch, Rose’s Dortmund were always found wanting and lacking. Both matches with Bayern were lost, they failed to progress from the group stage of the Champions League, lost to Glasgow Rangers in the Europa League (with a 4-2 home defeat) and were knocked out the DFB Pokal by St. Pauli.

Will Rose Give RB wings?

Leipzig CEO Oliver Mintzlaff believes he has chosen the right man to get the club back in track. “In Marco, we have brought in a coach who has a clear conviction when it comes to our playing philosophy. Marco has the things that make up our club’s DNA. We had a stroke of luck that he was available and agreed to join us at short notice. He is a perfect fit because he is very congruent with the club’s fundamental aims.

“We are convinced that Marco will not only bring continuity and stability to the club, but also development. He can do that brilliantly.”

Predictable platitudes, which were echoed by the new trainer. “I didn’t need much time to agree to become the head coach here. I’ve had a lot of free time in the past few months so I should be able to deal with the stress well. Everything actually moved quite quickly. I was with friends in Salzburg for their Champions League match, and I watched a good game of football there before the call came. 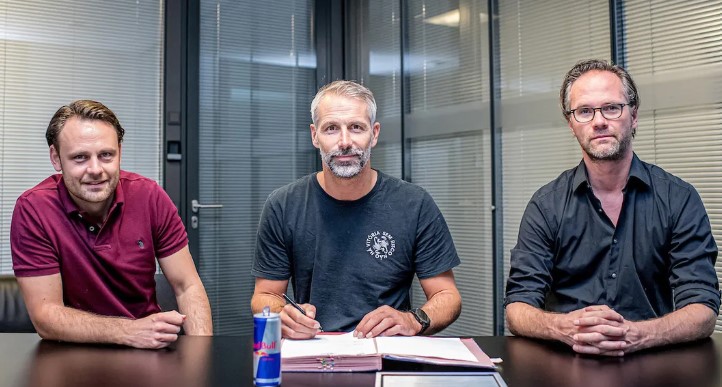 “I’ve been well informed for the past three months because I live here in the city, and I know the club and the quality of the squad. I’m pleased that everything’s getting going straight away even though it will obviously be stressful. I’ve never taken over a team during the season before, but everyone here is a complete professional and everything’s going well. The structure is good here; you have everything that you need.

“All the players here have a lot of quality and intensity. The fundamentals always have to be present and that’s what we’ll work on, because one thing is to talk about it but it’s another thing to do it. We have to get the ball rolling in the upcoming week so we can go into the break and be able to say that we have reached a level where we identify with all of our new points.”

Only time (and results) will tell whether Marco Rose is the right man for the task in hand at RB Leipzig. The post-Julian Nagelsmann hangover continues, and Rose will be hoping to be the cure.

Julian Nagelsmann’s return to Hoffenheim was a happy one with his RB Leipzig side coming away with a 2-0 win to cement their place in the Bundesliga top three. For once however, it wasn’t Timo […]

The extent of the economic effects of the Covid-19 pandemic on European clubs is largely unknown at present, but this summer’s transfer window is, in all likelihood, going to be more subdued than normal with […]

Eyes on the Prize- Gladbach Focus on Champions League

With the Bundesliga season back on track, we enter the business end of the campaign with the title race and the relegation battles reaching their key phases. There are also European places up for grabs, […]