Despite still not having returned to full training at Bayer Leverkusen, reports claim that Bundestrainer Hansi Flick is still holding out hope that he can include German ‘Wunderkind’ Florian Wirtz in his World Cup squad and has a ‘secret plan’ to achieve it.

Wirtz has been on the long road to recovery since rupturing his cruciate knee ligament back in March against Köln and has only recently started to train individually with the ball. Leverkusen plan to tread carefully with the player and a full return to training and full contact is still some way off- they have pencilled in a possible date of mid-October for a return to full team involvement.

Such a cautious approach from the Werkself us understandable, but it’s a timetable that doesn’t give Wirtz much time to prove his fitness and get Bundesliga minutes under his belt before the season breaks for the World Cup.

It is also an approach that makes Hansi Flick’s consideration to take him to the World Cup all the more controversial. The recent Nations Cup matches against Hungary and England have highlighted the deficiencies in the Germany attacking ranks and a fully fit Florian Wirtz would certainly be an option Flick would dearly love to have.

Sportbild have reported that Flick is still very much considering Wirtz for the World Cup and has a ‘secret plan’ to achieve his inclusion. As long as the 19-year-old can prove his fitness and get some action before the flight departs to Qatar, he could make it (even if it is just a few appearances from the bench). 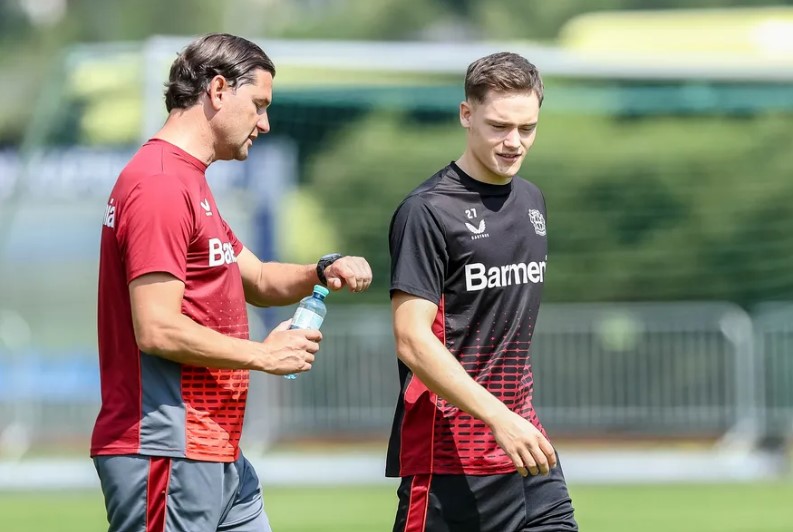 How happy (or more to the point unhappy) Bayer Leverkusen will be with this way of thinking is obvious. The Rhineland club have stressed all along that they are prepared to give the youngster as long as he needs to fully recover (even though they desperately need him), and the thought of a World Cup call-up just as he recovers must fill them with woe.

The increase in squad size from 23 to 26 for this year’s World Cup tournament does give Flick a little more wriggle room in terms of players and taking an ‘extra luxury’ like Wirtz as a risky inclusion can be done as a result.

The word ‘risky’ will have the Leverkusen bosses cringing as will the word ‘inclusion.’ The club argument would be he stays. The country argument from Flick is that ‘Germany needs him.’ Time will tell who wins out.

He Said What? The MD31 Trainer Soundbites

Whatever Happened To Jann-Fiete Arp?

With Joshua Zirkzee breaking through at Bayern this season and the new champions giving game time to youngsters Chris Richards and Jamal Musiala in the final games of the season, spare a thought for Jann-Fiete […]